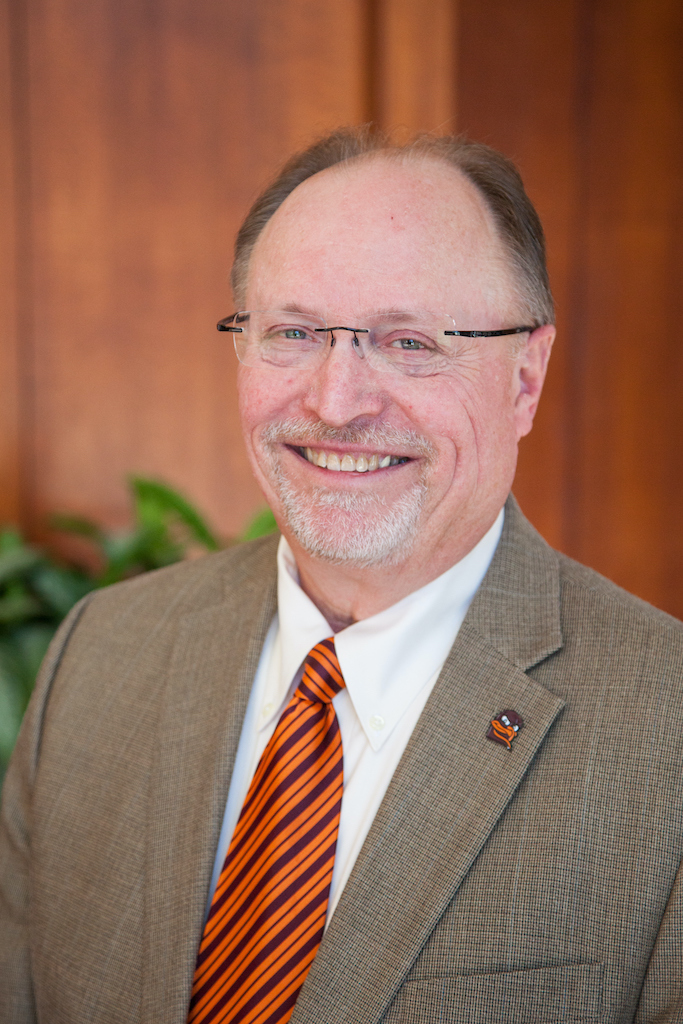 Virginia Tech alumnus Jerry Hulick completed his degree in 1973, but his steadfast bond with Virginia Tech has yet to end. The Spotsylvania, Virginia resident has become one of the university’s most generous and influential donors, helping to shape his alma mater into a school that continues to make impressive strides into the future.

Hulick was born March 12, 1951 in Albuquerque, New Mexico, but he fondly remembers the Washington, D.C. area as his home. His father’s job with the United States Post Office Department took their family to Alexandria, Virginia when Hulick was quite young, and he spent most of his formative years there.

Growing up near the nation’s capital in the turbulent 1960s meant that Hulick and his siblings had a number of unique experiences as children. Hulick’s sister briefly dated Gerry Bertier, the T.C. Williams football star made famous by the film Remember the Titans. The family also lived across the street from a prominent congressman, and on the day of the 1963 March on Washington, Hulick remembers the politician hosting several celebrities at his home—some of whom Hulick even had the opportunity to meet.

However, the 1960s were not without “sorrow and trauma,” Hulick recalls. Alexandria was one of many American cities experiencing a tumultuous transition towards racial equality, and when Hulick was in grade school, the nation was rocked by the assassination of President John F. Kennedy. Then, when Hulick was just eleven, his mother passed away. A few years later, as a student at Hammond High School, he became president of the service-minded Interact Club and found solace in service. “You realize the importance of people and that people make a difference, and that’s a fragile thing,” he says. “We don’t take the time to care for each other like we should.”

“It’s just embedded in who I am, this serving spirit and giving back to people.”Jerry Hulick

In 1969, Hulick began his education at Virginia Tech, where he studied political science with a minor in history. One of his first jobs was serving food at the then-new Dietrick Hall. He also pledged Virginia Tech’s chapter of Alpha Phi Omega, a national service fraternity, and it quickly became a “huge” part of his campus life. “I was focused as much on being successful in Alpha Phi Omega as I was on my college career,” he says. Hulick went on to become president of the chapter, participated in several community service projects, and even helped the campus to achieve record-breaking blood donations for the Red Cross.

While Hulick was engaging with on-campus service, other students were engaging in the political-protest fever “taking place across the country.” Hulick recalls rallies on the Drillfield and various protests on campus against the Vietnam War. “I was amazed [protest] was an outspoken thing at Tech,” says Hulick. He chose to fly mostly under the radar, and he always felt safe.

After graduating, Hulick returned to the D.C. area for a job with Connecticut Mutual, an insurance company that merged with MassMutual soon afterwards. Hulick would go on to stay with the company for forty-five years. “I tend to stick and try to make a difference where I am,” he explains. At just twenty-seven years old, he earned a management position, and he focused on building a team of almost entirely Virginia Tech recruits, despite senior officials arguing that “it was a terrible source of candidates.” Hulick believed in the necessity of “building a relationship and really helping [recruits],” and his team quickly grew into one of the largest and most successful in the firm.

“There wasn’t a time when I stepped on campus that I wasn’t glad that I was here.”Jerry Hulick

That strong belief in the power of young people drew Hulick back to Blacksburg to become one of the university’s most influential alumni. “There hasn’t been a year that I haven’t been back three, four, five times since I graduated,” he says. He was one of the charter members of the Dean’s Roundtable of the College of Arts and Sciences, becoming heavily involved with the college’s restructuring. When it became the College of Liberal Arts and Human Sciences, Hulick served both as a chair for the college and a board member for the Virginia Tech Foundation, actively securing donations from other alumni. He went on to establish two scholarships for students, the Serving Spirit Graduate Fellowship and the Hulick Endowed Scholarship for Leadership, Friendship, and Service. “The future is younger people,” he says, and he hopes his scholarships will help to answer the question, “How can we help people change lives and open doors?” In his early fifties, Hulick announced his retirement from MassMutual, but not before helping to start a SpecialCare planning team, which offers financial planning services for families of children with special needs. Now, Hulick mostly works in consulting for families affected by disabilities. “One in five Americans today is involved with a disability…. One in six working Americans are caregivers,” he says. “Helping families with special needs—I just thought, ‘What an incredible resource to open up.’”

Hulick is passionate about autism in particular. He contributes to the Virginia Tech Center for Autism Research and serves on their Community Advisory Board. Additionally, his support for the Autism Center Excellence Fund has helped the Center to launch their Mobile Autism Clinic, which brings treatment services to rural communities. He has also hosted the Virginia Tech Autism Research Symposium in Northern Virginia for five years. Hulick’s work with the Center has led him to be recognized in the College of Science’s Hall of Distinction, an honor that he was humbled to receive. “There’s an aspect of me that likes to maintain a low profile,” he says. For years, he chose to donate to the school anonymously, until he was told that his name could serve as an example for other alumni. “But that [award] was extraordinary, because it’s recognition that you’re doing things right.” 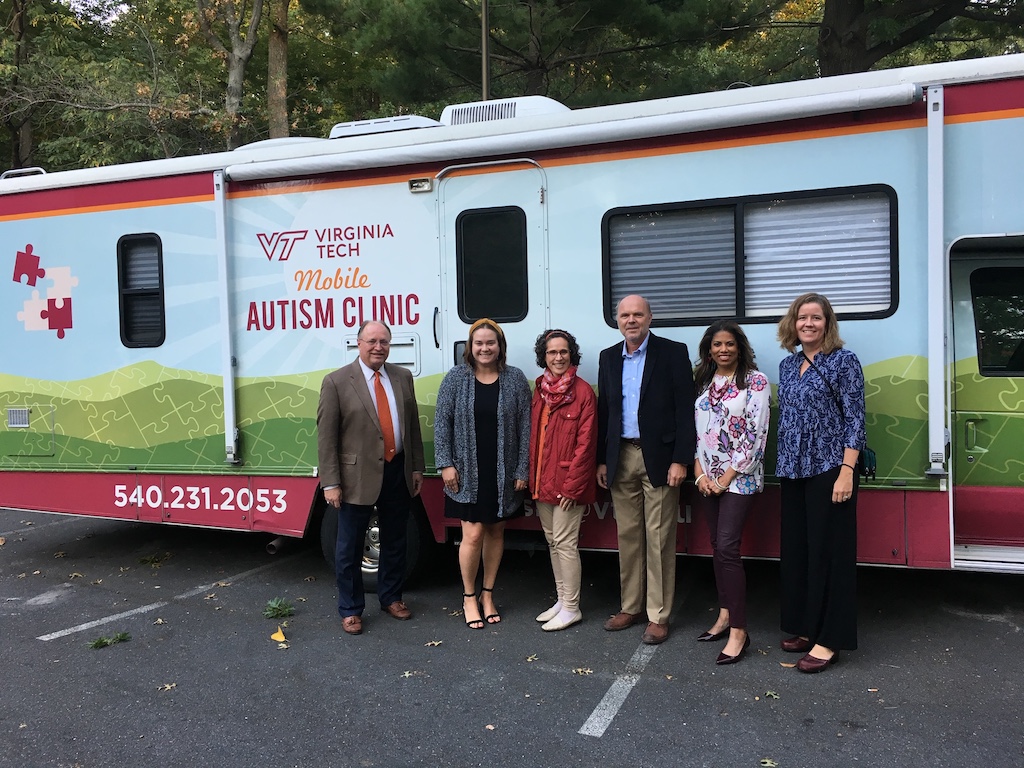 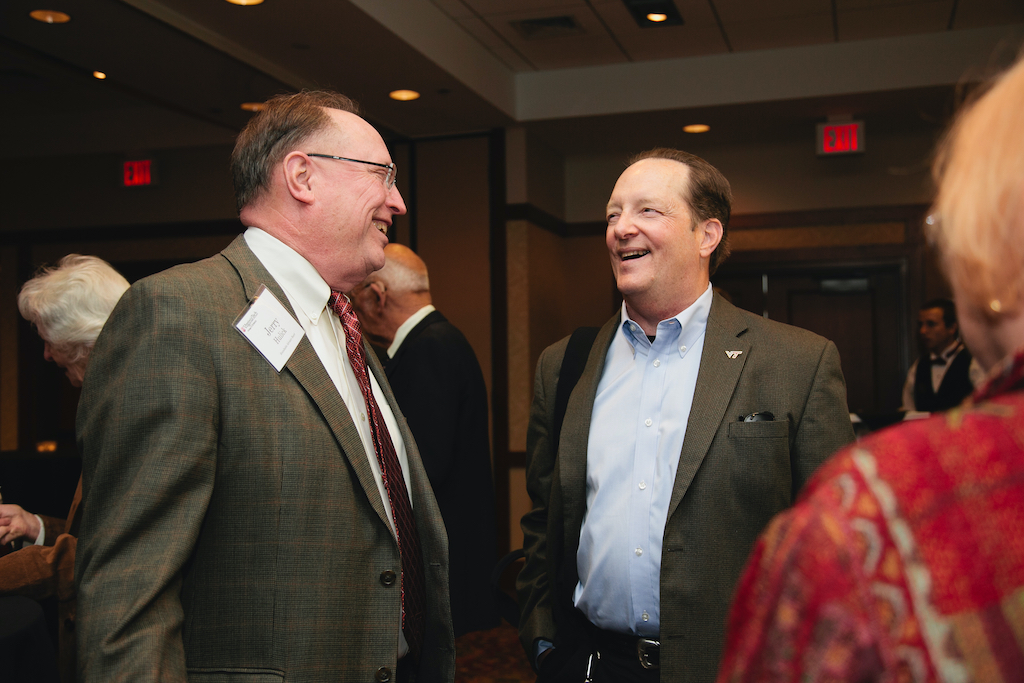 Hulick’s generosity to Virginia Tech does not stop there. For the university’s inaugural Giving Day in 2018, he became the first Hokie to commit to being a “challenge donor” for both the College of Science and the College of Liberal Arts and Human Sciences, pledging to give thousands of dollars to the colleges if a certain number of donors also gave what they could. “I think it’s a responsibility for all of us as human beings, whether you’re giving back from a monetary standpoint, or you’re helping somebody to give of your time or your talent, or whatever it may be,” he says. “I know how little [funding] is actually coming from the state.”

“If we’re gonna attract the brightest people, that’s ultimately our future. If you care at all about successive generations, the future is in the young people that are coming along.”Jerry Hulick

For Hulick, the drive to help his alma mater will never go away, nor will his pride in being a Hokie. His daughter and son-in-law both attended Virginia Tech, and he jokes that he is “already working on [his] grandkids.” Most importantly, Hulick lives out the school’s motto of Ut Prosim (That I May Serve) and hopes that people will build upon his legacy of proactive service and engagement to “care about lives, care about people.”

“[Ut Prosim] should be in the fabric of everybody who leaves here,” he says. “We can make a huge difference if we care… which just makes this such an extraordinary place.” 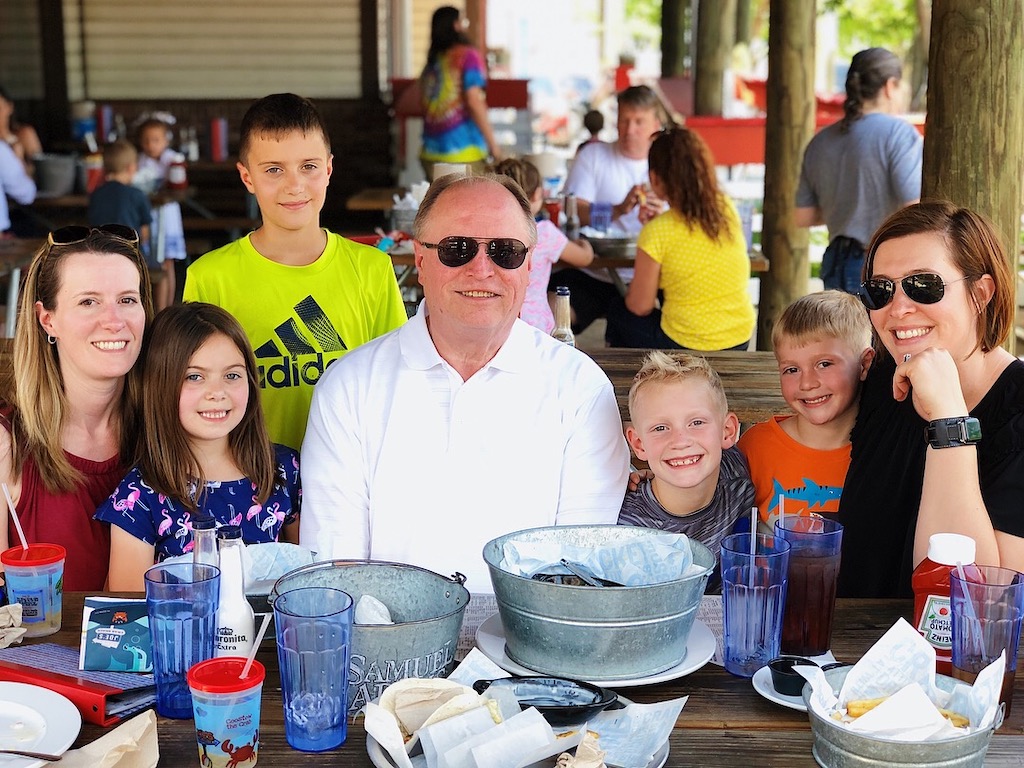