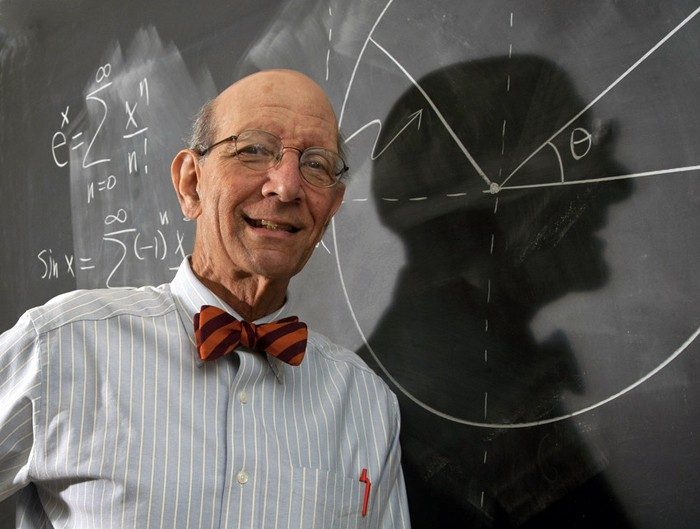 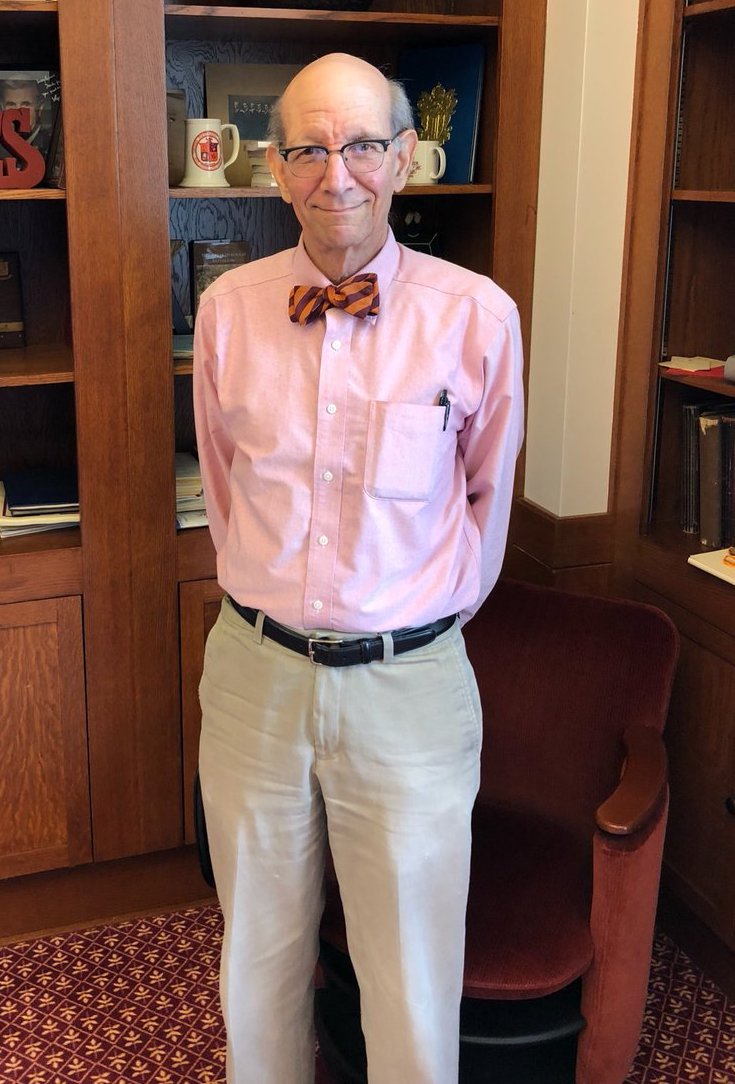 D r. Ezra A. “Bud” Brown knows exactly what it’s like to feel connected to Virginia Tech and its students. Though he recently retired, he had been a faculty member of the university for 48 years, growing increasingly passionate about his work over the years. He has been a mentor, ally, and resource for his students and the experiences he had with Virginia Tech helped shape him into a professor that many grew fond of.

Bud was born in Pennsylvania, though he grew up in New Orleans, Louisiana. His grandmother taught him to read even though she was blind, and even gave him the nickname “Bud” when he was just a month old, saying he had a face like a rosebud.

Much of his family went to college, so it was always expected that he would as well. After he graduated from high school, he went to Rice University in Houston, where he started out wanting to be chemist, before switching to geology and then ultimately ending up as a math major. He initially didn’t have much motivation, though he quickly gained it as he didn’t want to fail his classes and end up in Vietnam during the war.

Bud graduated with his Bachelor’s in 1965 from Rice, and right after went to LSU for graduate school. It was here that he met his future wife. He received his Master’s in 1967 and then his PhD in 1969 right after. A friend of his recommended that he apply for a job at VPI, so he did and got hired to begin working as a professor in the fall of 1969.

During his second year in graduate school, Bud had a professor who had taught a Complex Analysis course and was often encouraging of him. That year he met another professor who talked him into writing a PhD dissertation under him, which he later did. Bud believes mentorship was fundamental for his growth, and wanted to pay that forward once he became a professor himself.

“You read biographies or interviews of famous mathematicians, and there is always somebody in there who mentored them.”Bud Brown

A student later reminded him years later that during the fall of 1969, after Bud had given the class their first exam, he took their graded bluebooks and threw them into the trash, saying he didn’t care if they learned Calculus so long as they learned to think. Sometimes, when students would come in for math help, Bud would notice that they seemed emotional about things that weren’t related to math, and encouraged them to feel like they could speak to him or counselors if they wanted to. He felt empathetic towards them, remembering how difficult it was to get passing grades when he was in college.

Bud believes that it’s not the job of professors to show how smart they are to their students. After receiving awful evaluations from when he taught a Number Theory in course in 1982, he asked a friend for teaching advice, to which the friend told him to get his ego out of the picture. It then became clear that all that mattered were the students and the subject matter, not him, which was a mindset that he carried with him going into to future.

When he was first selected for a certificate of teaching excellence in the spring of 1991, he remembered feeling validated by his colleagues. Since then, he received many other awards, such as six national writing awards from the Mathematical Association of America and being named an Alumni Distinguished Professor in 2005.

Bud had been in a building just 150 yards away from where the tragedy on April 16th occurred, and remembered hearing sirens that simply wouldn’t stop all morning. He emailed all of his students asking them to respond saying they were all right, as their safety was an absolute importance to him. He regards the day as being one of the worst ones of his life.

Despite the hardships, Tech has been given a special place in Bud’s heart after all the time he spent there. The students have always inspired him more than anything else. He thinks that if the university is going to continue bringing in more students that they should increase the number of faculty members as well. Through thick and thin, Bud feels simply proud to have been a faculty member of the university for so many years.

"I'm proud to have been on the faculty all these years."Bud Brown