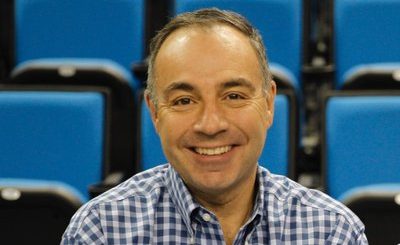 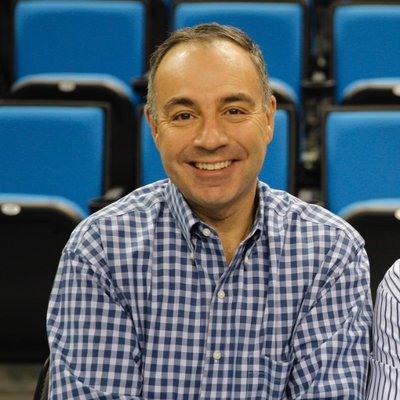 Bill Roth was born in Pittsburgh, Pennsylvania and grew up in Mt. Lebanon, Pennsylvania, a suburb about seven miles south of the city. When he was young, his father bought him a tape recorder, and he decided he wanted to be a broadcaster at around 8 years old.

Mt. Lebanon was known for exceptional athletics and had one of the first stadiums with a turf field, a nice press box, a great swimming pool, and an intense commitment to athletics from the school and community. At Mt. Lebanon High School, Bill announced all the home football games, which led him to interning at Duquesne’s radio station when he was only in 9th grade.

After high school, Bill went to Syracuse for an undergraduate degree in broadcast journalism, where he got a competitive spot at AER, the campus radio station. Following graduation in 1987, Bill went to Marshall University to broadcast games. Eventually, he was featured on SportsCenter at 21 years old. After seven months he left Marshall for Virginia Tech when his boss at Marshall became the athletic director for the Hokies. Bill recalls his announcing his first game for the Hokies very well. It was the 1988 football game during Coach Beamer’s second year as head coach against Clemson in South Carolina, which he remembers as being the biggest crowd at a football game he’d ever seen. 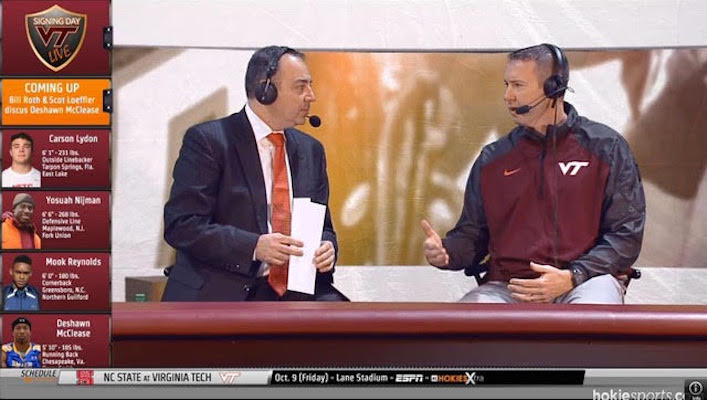 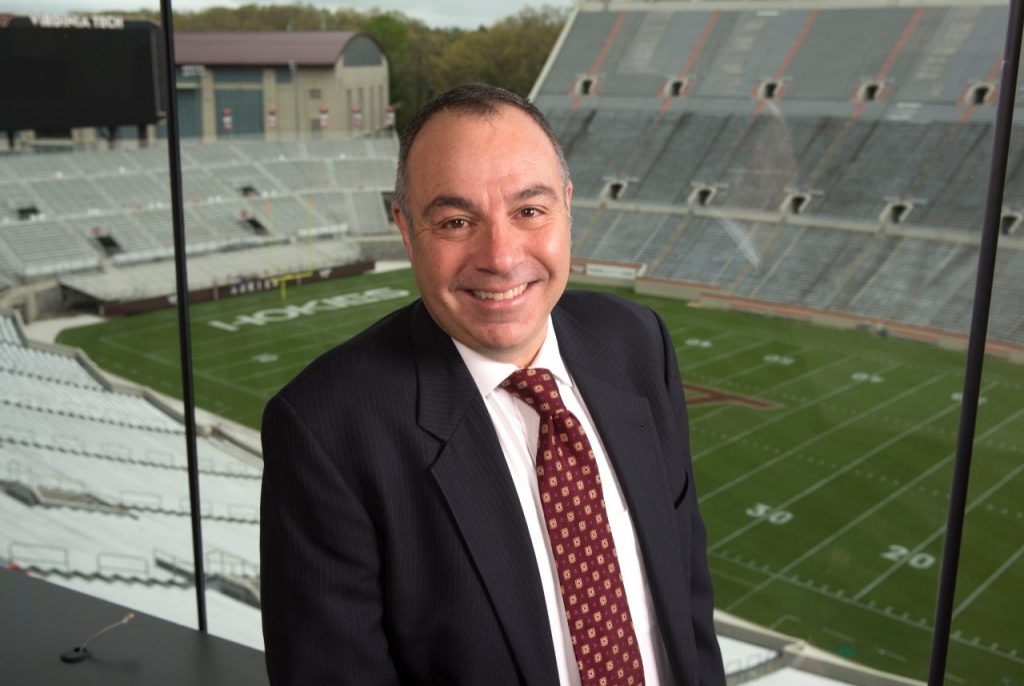 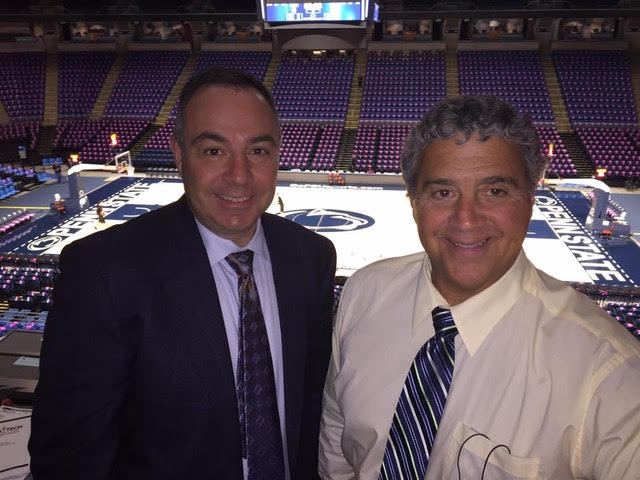 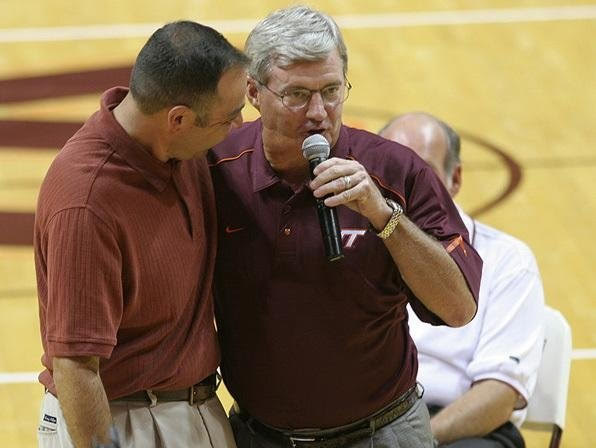 "Because if the janitor can call and talk to Frank Beamer, the janitor at the high school or the cafeteria worker, he or she is going to say good things to the kids and those teachers at those schools and now all of a sudden all the good players are coming here." Bill Roth

By the end of his first year at age 22, Bill was known as the Voice of the Hokies. Throughout his years as the Voice of the Hokies, Bill became renowned for his opening line for all the games “From the blue waters of the Chesapeake Bay to the hills of Tennessee.” He developed the line after Virginia Tech’s former basketball coach, Chuck Noe, told Bill he needed a “hook” for his broadcasts to make Virginia Tech stand out. He invented the line and wound up using it for every football and basketball game for over 30 years.

Over the years, Bill was able to watch the growth and development of Virginia Tech, and he played a large role in establishing a reputation for the Hokies’ athletic programs. Bill, Coach Beamer, and the athletic director made sure to reach out to all of Virginia when it came to Virginia Tech as a university and an athletic powerhouse instead of just Blacksburg and southwest Virginia.

Because of his work at Virginia Tech, Bill was inducted into the WAER Hall of Fame, and was named named Sportscaster of the Year 11 times by the National Sportswriters and Sportswriter’s Association.

After a position at UCLA opened up, Bill moved to the west coast to work there for a couple years before returning back to Virginia. On coming back to Virginia Tech, Bill says “not to sound like a poster, this is home.” When he came back, he began as a professor in the Communications department, specifically in sports journalism. Bill wants to build the sports journalism program like Frank Beamer built the football program years ago.

"When you’re around other Hokies you feel like I'm at Virginia Tech. It may be at a bar in Charlotte with 125 other alums or parents of kids, whatever it happens to be, it’s my closest friends, it’s my home." Bill Roth

Because of Bill’s influence on Virginia Tech, the Bill Roth Student Athlete-Endowed Scholarship for students studying communications. He also runs the Bill Roth’s United Way Kids Day, which brings in disadvantaged Virginia kids to Virginia Tech for a Hokie basketball game. He aims to treat the kids like VIPs, many of whom have never been to a college campus before.

When asked what Virginia Tech means to him, Bill says it’s always been about the people. He says that “you don’t have to be in Blacksburg to be at Virginia Tech” and emphasizes that where there are Hokies, that place is Virginia Tech. After many years in Blacksburg watching the university grow, Bill still believes “the best days of Tech are ahead of us.” 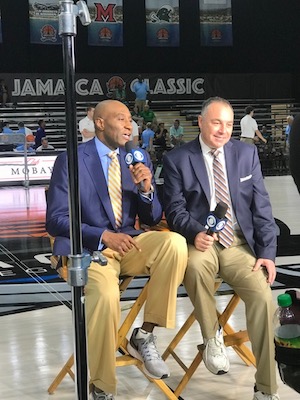 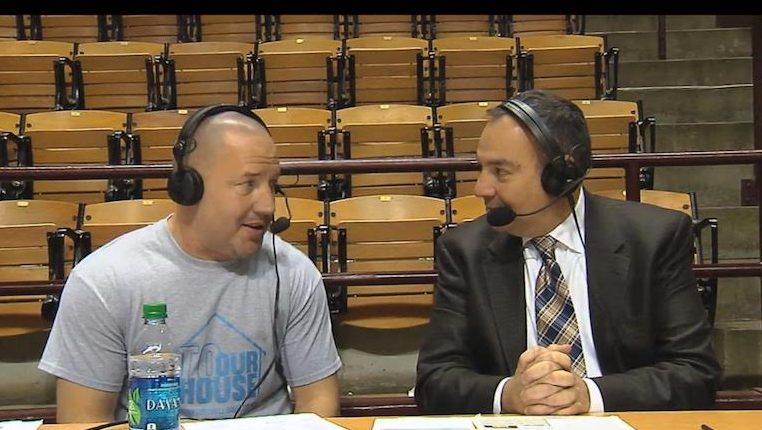