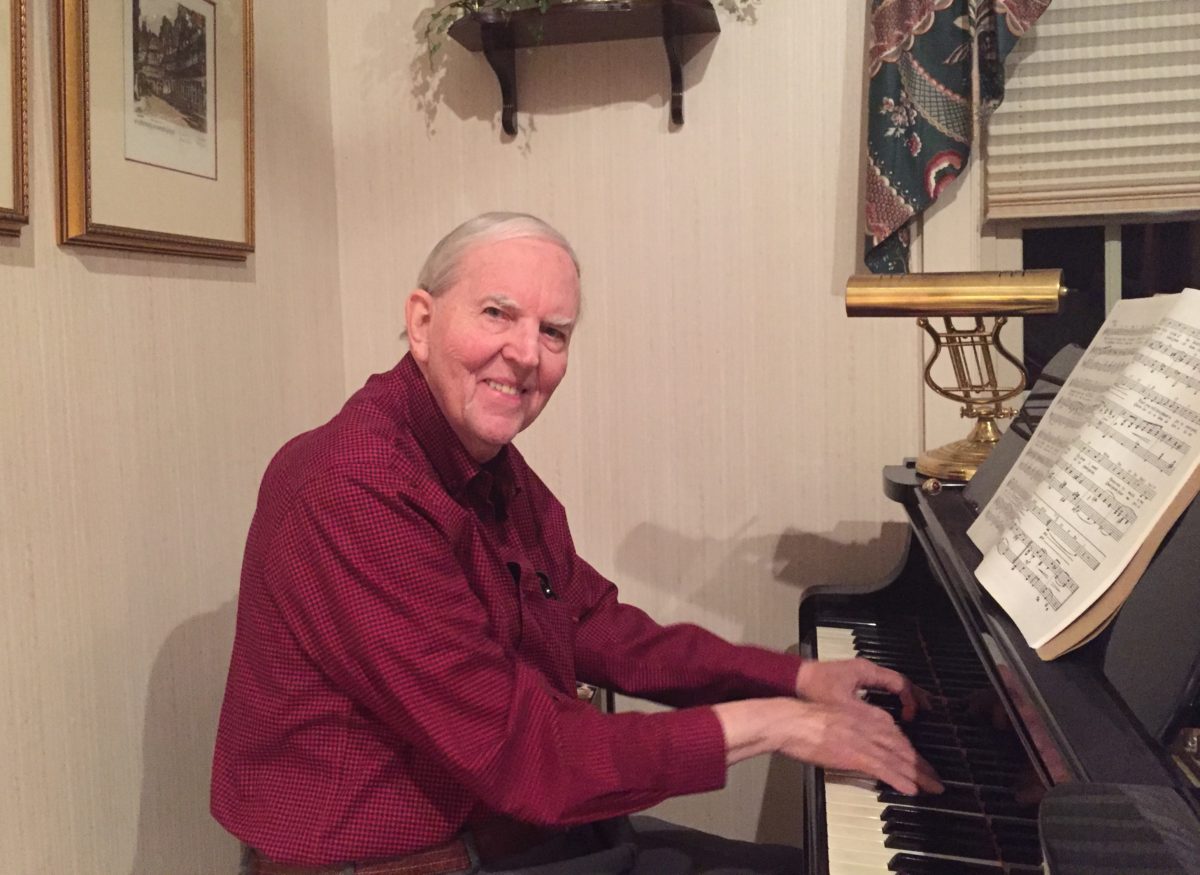 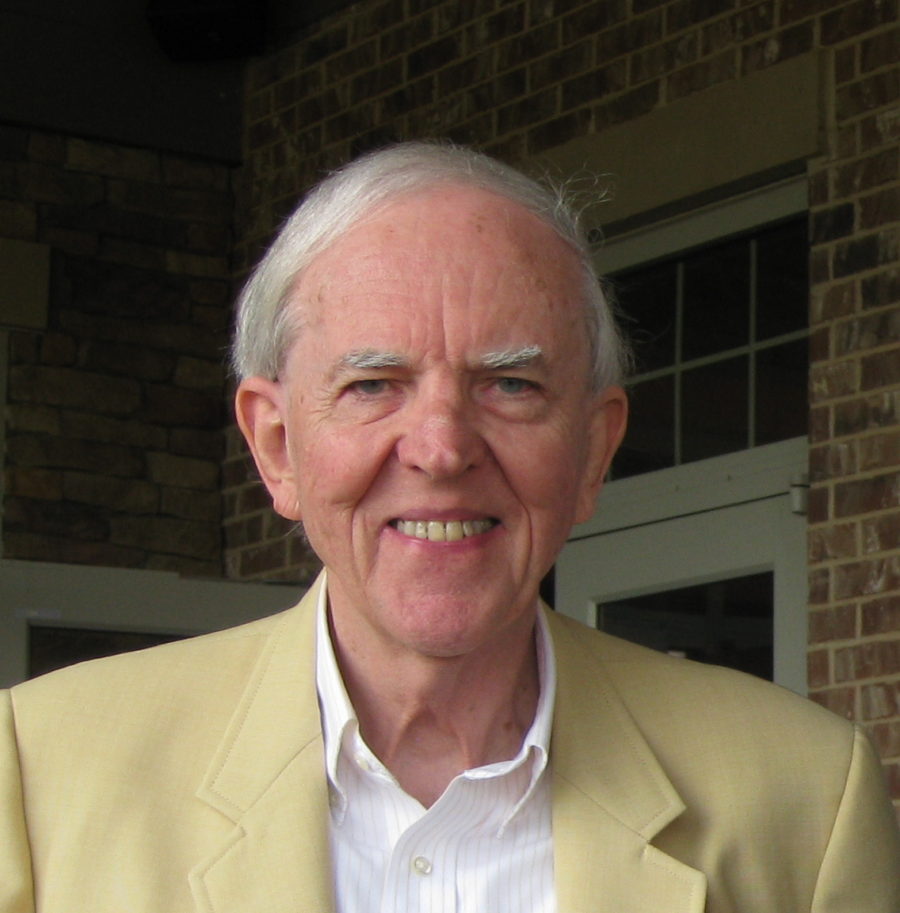 William (Bill) Starnes, Jr., Virginia Tech class of 1955, never seriously considered any other school. Bill always knew that he was going to college, and because his father attended the university, having graduated in 1924, it seemed like the perfect place to be.

Growing up in Lee County, VA, Bill enjoyed all that his hometown had to offer him as a youth, including the outdoor activities and the great education he received before heading off to college. An only child, he was raised by two parents who valued education just as much as he did. His mother and father, both from Scott County, VA, were teachers as well, and that only made education much more important to Bill.

Although he knew Virginia Tech was where he wanted to attend, Bill actually began his higher education at the age of fifteen at a different institution, spending two years at Union College in Barbourville, KY, where he first discovered his love for chemistry. Before Bill decided on a major, he had thought about careers in many different fields, even music, as he is a jazz piano player who has performed in the French Quarter of New Orleans. 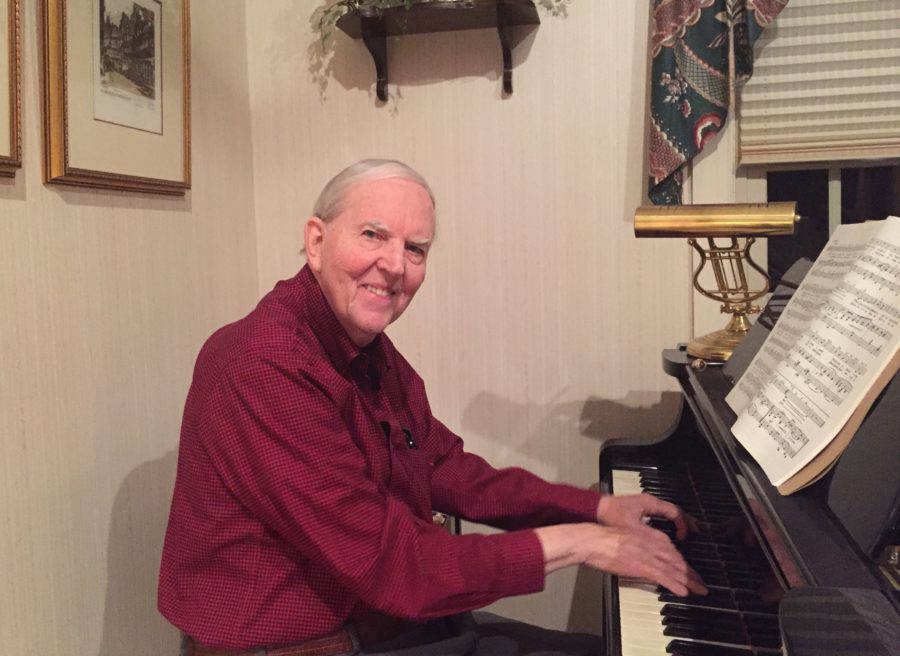 But after one semester of chemistry at Union under a very inspirational professor, Dr. Rupert Hurley, Bill decided that was it, and chemistry was what he wanted to study. After two years at Union, taking all the courses Dr. Hurley had to offer, the transfer to Virginia Tech made even more sense to Bill, because he knew he could further his education in chemistry here because of the strong programs in the sciences that the university offered.

“I think [Virginia Tech] had a tremendous influence, which I didn’t realize, of course, at the time. You never do until you have the hindsight, but I never felt that I had an inferior education in my undergraduate work.”Bill Starnes

Three years later, Bill graduated with a Bachelor of Science degree with Honors in Chemistry, and too many memories to count. Some of Bill’s fondest memories were of a friend who purchased a fire-engine-red hearse from the Christiansburg Fire Department. They and their cronies rode to football games in the hearse, and once, because the police thought it was an official vehicle, they stopped the traffic for blocks and waved the hearse through all the way to the stadium.

While many of Bill’s memories of Virginia Tech stem from his time as a student, the first time he saw the campus was when he was in his early teens. His father, being an agricultural teacher, went to a conference at the university and brought Bill along, and he still remembers it very clearly.

After graduating, Bill continued his education, earning a PhD degree in Chemistry at Georgia Tech, and moving on to work for a multitude of companies and universities, including what is now ExxonMobil, as well as the University of Texas. He also worked at AT&T Bell Laboratories from 1973 to 1985, where he first began to study vinyl plastics, and he’s now generally considered to be the world’s leading expert on the chemistry of these materials. His expertise in chemistry eventually led to a career at the College of William and Mary. There he worked as a Professor of Applied Science for sixteen years and was named the Floyd Dewey Gottwald, Sr., Professor of Chemistry (a Virginia Eminent Scholar chair) in 1989, later retiring to Emeritus status in 2006. In addition to this title, he’s achieved a countless number of honors and awards, including becoming the only scientist to be a charter inductee into the Southwest Virginia Walk of Fame (http://wmpeople.wm.edu/site/page/whstar). 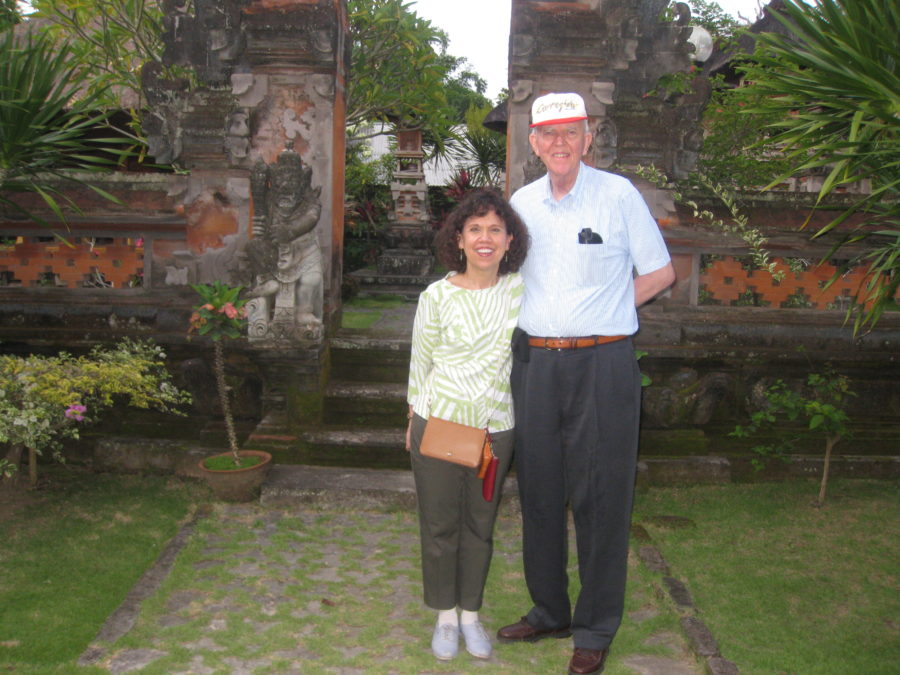 In addition to his academic career, he’s also fared well in his personal life, having met his wife of over 30 years, Sofia, on a flight to New Jersey. Sofia is an award-winning poet herself, having served as Poet Laureate of Virginia from 2012 to 2014. With her husband, she has edited and published a book titled How Will You Measure Life?, which is composed of inspirational talks and prayers written by Bill’s father, William H. Starnes, Sr.

Giving back to the university is also very important to the couple. The two have recently established an endowed graduate fellowship for Chemistry. In their estate, they have endowed fellowships for PhD candidates in the Department of English and a scholarship in the College of Agriculture and Life Sciences.

The fellowships will help support research in their specific departments, while the scholarship will allow an outstanding student to attend the university. They’ve also created a charitable trust that will endow a senior professorship in the Department of Chemistry, which Bill and Sofia view as especially influential, as it will help to strengthen the department and allow students to have access to a world-class professor they would not have had the chance to study under before.

In addition, they are active members of the Legacy giving society, which acknowledges those who have included Virginia Tech in their estate plans. 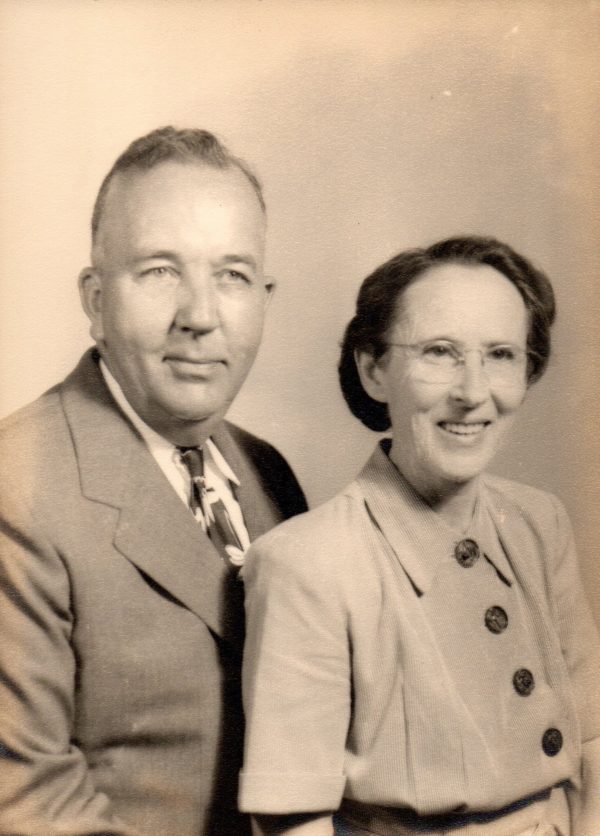 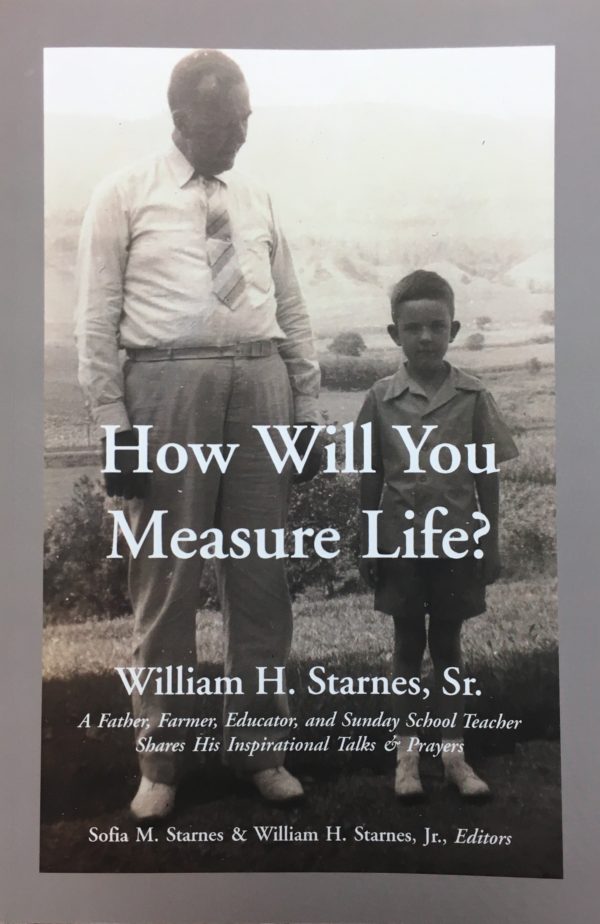 They’re also members of the President’s Circle within the Ut Prosim giving society, which gives credit to donors who are leaders in philanthropy and giving to the university. The President’s Circle is the highest of the giving levels within Ut Prosim. Bill also serves on the Department of Chemistry Advisory Council and enjoys watching the university grow in terms of research and innovation. 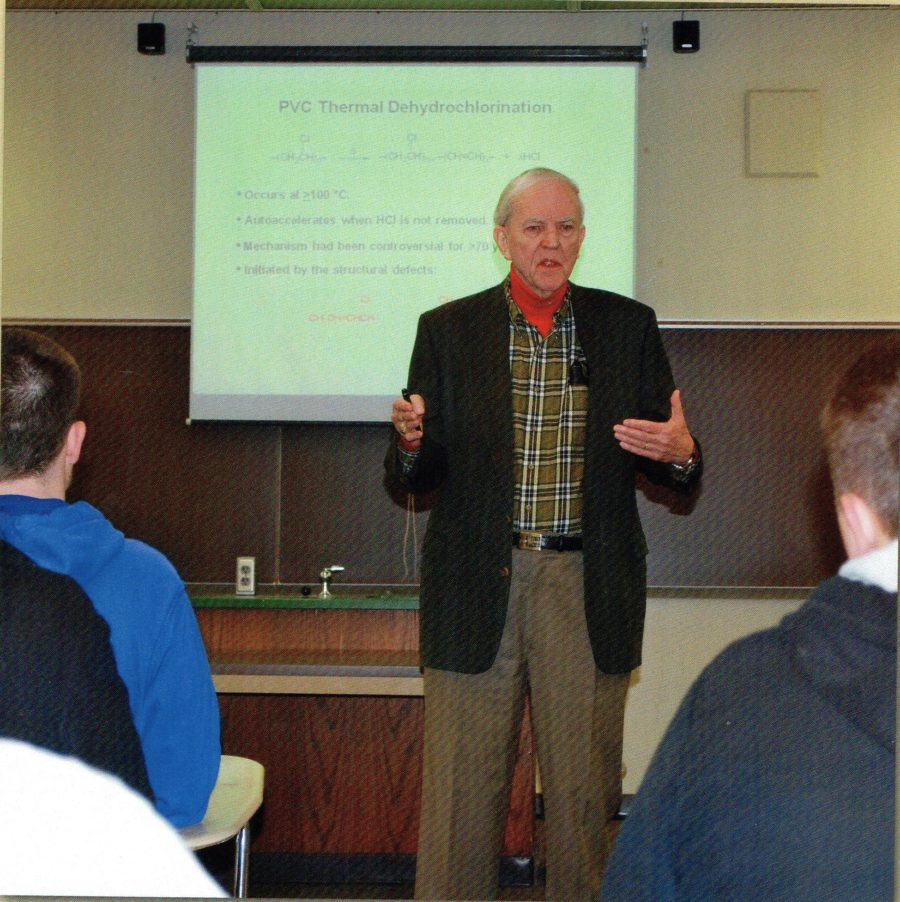 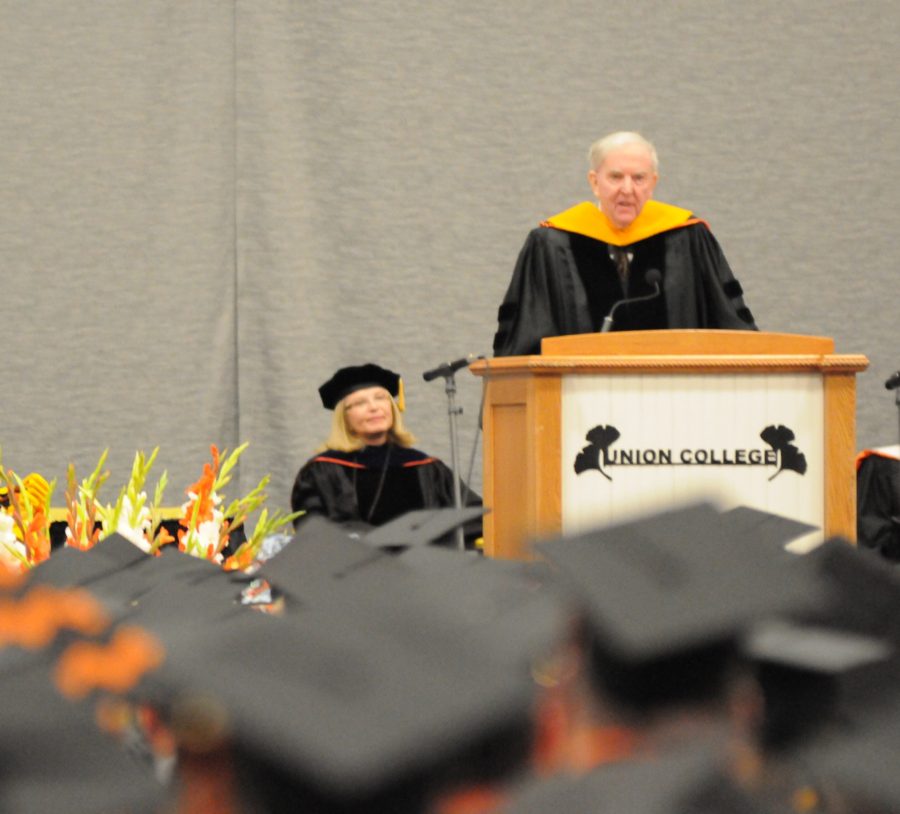 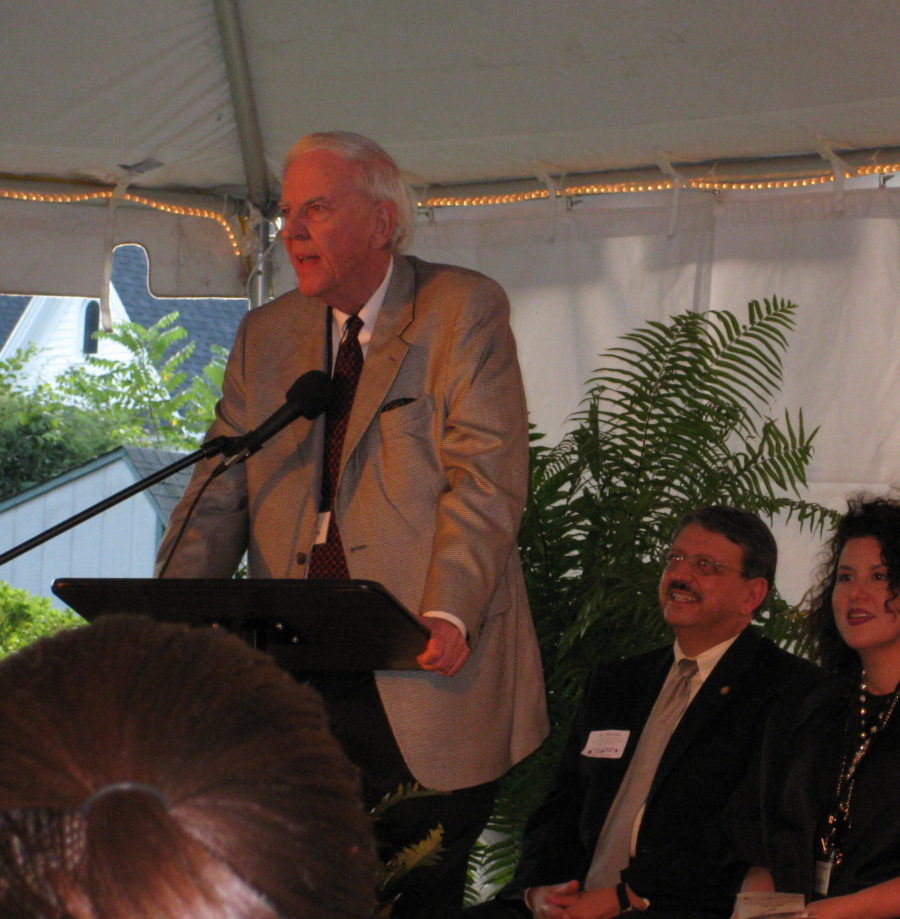 “[Virginia Tech] has been a place that’s made invaluable contributions, as a result of the time I spent here, to the rest of my career, not only in terms of what I learned—factual information—but, I think the values and all that that implies.”Bill Starnes

Through all of his professional and personal successes, Bill still looks back on Virginia Tech as being an important part of his life. When someone says the words, “Virginia Tech,” the first thing to come to Bill’s mind is how dynamic and innovative the university is. He enjoys watching Virginia Tech continue to push forward and grow.

Bill also thinks of the community. He feels that the interactions between students and professors are much stronger here than at any other place, and he feels lucky to have attended Virginia Tech.

“There’s a sense of community. It’s like we’re one big happy family.”Bill Starnes