Susan Anderson got her passion for social justice and community service from her family. From a young age, she was taught by her mother to stand up for those in need. Her grandparents were involved in their communities, and her grandfather worked in public health.

Anderson was born in Lynchburg, Virginia, and grew up in Amherst County. She attended the University of Mary Washington as an undergraduate and majored in mathematics and classical civilization. She was an active member of many organizations, including the service organization Circle K and several honor societies. Since the university had recently become co-ed and was home to mostly women, Anderson wasn’t exposed to gender inequality on campus. When she came to Virginia Tech for graduate school, however, her eyes were opened to the lack of female representation.

She graduated from Virginia Tech with a master’s in mathematics in 1982 and became a mathematics instructor here; she is currently a senior instructor. Throughout her time at Virginia Tech and in Blacksburg, Anderson has gotten involved with many social causes, especially those involving women’s rights and environmental issues. She has also been on the Blacksburg Town Council since 2006 and began her third term as vice mayor, the second female vice mayor in Blacksburg’s history, in January of 2018.

"I don’t think it would ever occur to me myself to run for office, and I would say for all women candidates, for all minority candidates, diversity candidates, what I think those folks need to hear is the same thing that I heard. I heard multiple times, 'We want you to run.' But more importantly they said, 'If you run, we will help you.’"Susan Anderson

Although Anderson had always been supportive of organizations advocating for social justice during graduate school, she had never been directly involved until she became an instructor. She was reading the New River Free Press, an alternative news publication, and decided to become a volunteer with the paper. Working with the Free Press was the catalyst that got her involved in community issues and made her well-known in the community. She was treasurer for the paper until it ceased publication in 2007.

"I think that was really the start of me being super active in Blacksburg because that paper covered all issues. We worked on the environment. We worked on women’s rights. We worked on LGBTQ rights, world peace and justice issues."Susan Anderson

In addition to her work with the Free Press, Anderson became involved, and is still involved, with the Montgomery County chapter of the National Organization for Women (NOW). In her position with NOW, she leads the Clothesline Project that is displayed semiannually on the Drillfield. The Clothesline Project raises awareness of gender-based violence in the community by displaying T-shirts decorated by victims of sexual assault and family members and friends of those murdered because of their gender or sexual orientation.

Another issue that Anderson is passionate about is getting females interested in pursuing a career in mathematics. For about 10 years, Anderson was in charge of organizing Women in Mathematics Career Day, in which the Math Department at Virginia Tech invites sixth grade students to the university in an effort to get them interested in STEM fields. The program became a success and is still attracting many students to the university every year. 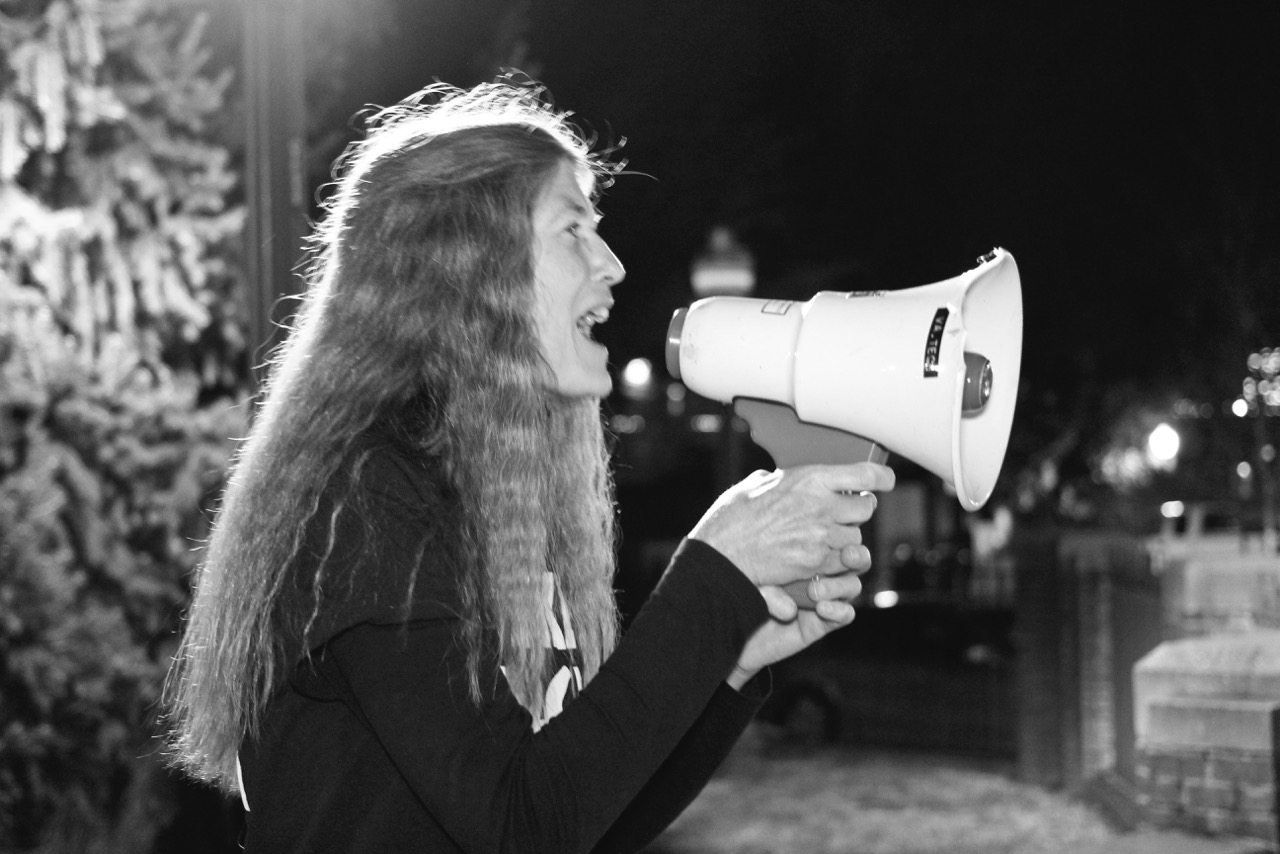 Additionally, Anderson is a prominent member of the Blacksburg Town Council. She was first approached about running for Town Council in 2004. As a woman who grew up seeing men in positions of power, she had never considered running for office before, but she was encouraged by friends and decided to run for the 2006 election, in which she won a seat. She became vice mayor in 2007 and has since been re-elected three times.

Although Anderson has seen positive changes at Virginia Tech, in Blacksburg, and beyond concerning gender, race, and sexual orientation, she acknowledges that there is still a long way to go. She finds inspiration in all of the community members who are actively involved and care about and want to improve the community. If they would all follow Susan Anderson’s example, Virginia Tech and the Blacksburg community would be a much better place.