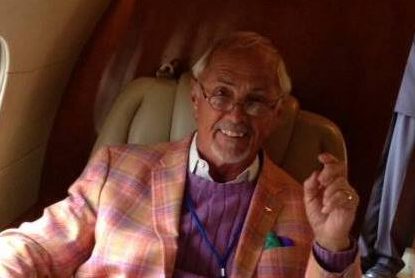 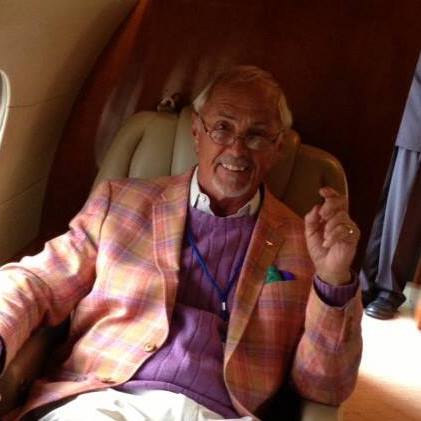 M ickey Hayes, born as Charles Joseph Hayes, Jr. was born in Pittsburgh in 1941, moved to Norfolk very shortly after the bombing of Pearl Harbor, and finally settled in Virginia Beach for the rest of his childhood. Here, he mostly spent his time away from conventional beachside activities. Instead, he fished, crabbed, and went water-skiing on the Lynnhaven River. As a teenager, Mickey grew interested in his parents’ work: operating an ornamental plant nursery. He spent these teenage summers weeding in rows of plants while his friends worked as lifeguards on the beach. But this time Mickey spent working for his parents planted a seed for his future career at Virginia Tech and beyond.

Before continuing, the question must be asked: why Mickey? Mickey rarely uses his full name. He’ll tell you his parents selected the nickname out of thin air and his mother wanted a name to stand out from his father, Charles Joseph Hayes, Sr. (also known as Charles Hayes, an influential horticulturist/plantsman who, among other ornamental varietal introductions, created the highly popular U.S. plant-patented “Chuck Hayes Gardenia”). The nickname sticks with Mickey now, so much so that rarely anyone acknowledges him by his full name.

When the decision to attend college became apparent, Mickey needed to select a Virginia school due to cost. Still, why did he go to VT? Well, his father was active in and a past President of the Virginia Nurserymen’s Association, an organization in which the Virginia Tech Horticulture Department has always been both supportive and active. Virginia Tech also provided Mickey the option to pursue a degree in ornamental horticulture with a major in landscape design, which fit Mickey’s plans to become a landscape architect.

"But it was a lot of fun. I just can’t even, you know, I’ve said it before, but I haven’t said it in a long time, but I think it’s still true this day. I wouldn’t erase my memories of my days at the DKE House for a million dollars, no way. That’s how important it was."Mickey Hayes

Upon coming to Virginia Tech, Mickey met important professors and figures who would influence his life’s success. Arguably the most important relationship Mickey had while at Virginia Tech was with his course advisor and head of the Horticulture Department, Dr. Wesley P. Judkins. Dr. Judkins forced Mickey to expand his horizons and study different subjects, including religion, logic, advertising, business law, genetics, biochemistry, and all manner of diverse subjects all across campus. Mickey didn’t want to study these subjects, his mind too focused on becoming a landscape architect. Much to his chagrin, Mickey abided by Dr. Judkins and learned about these subjects. 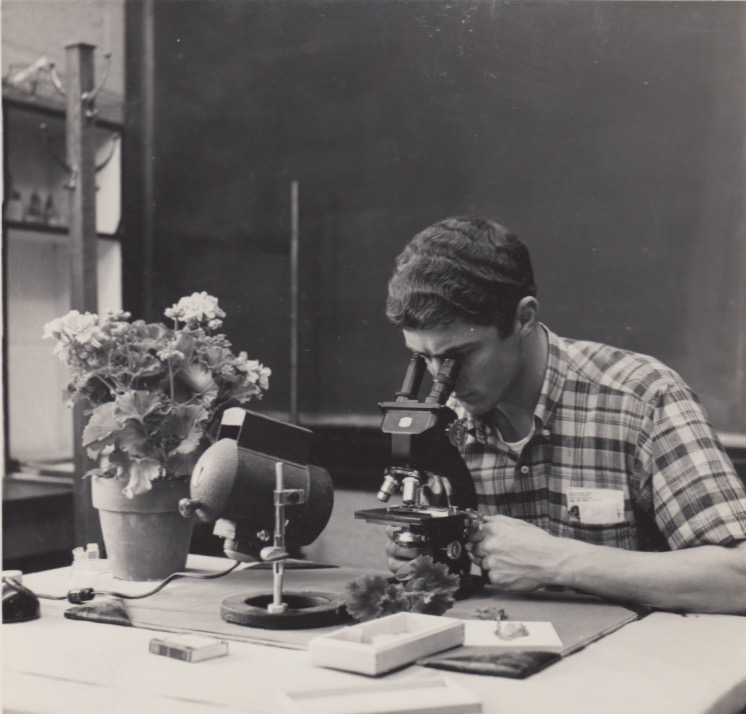 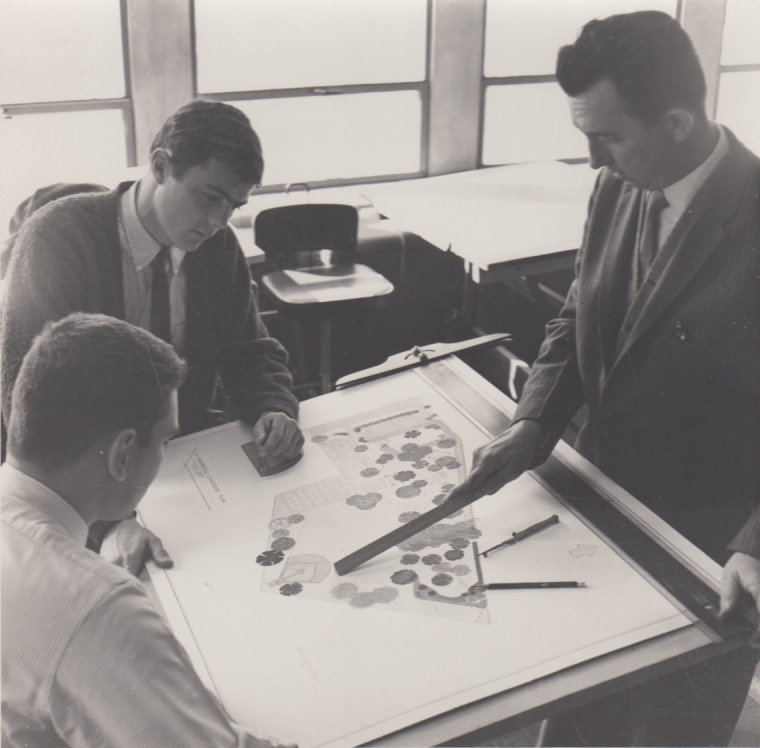 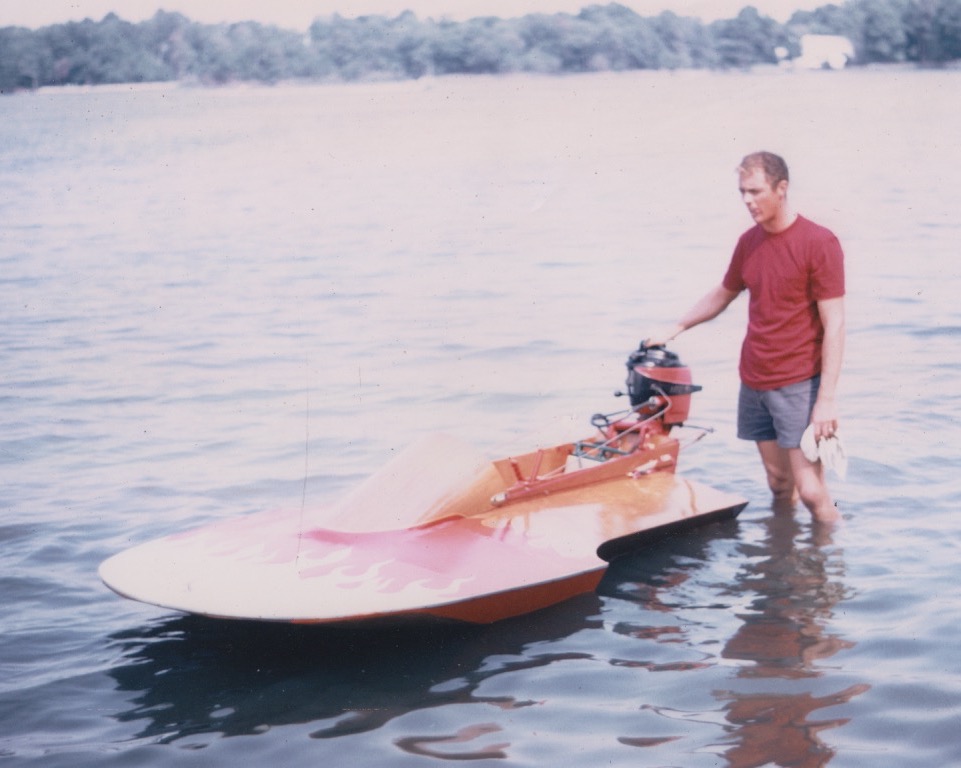 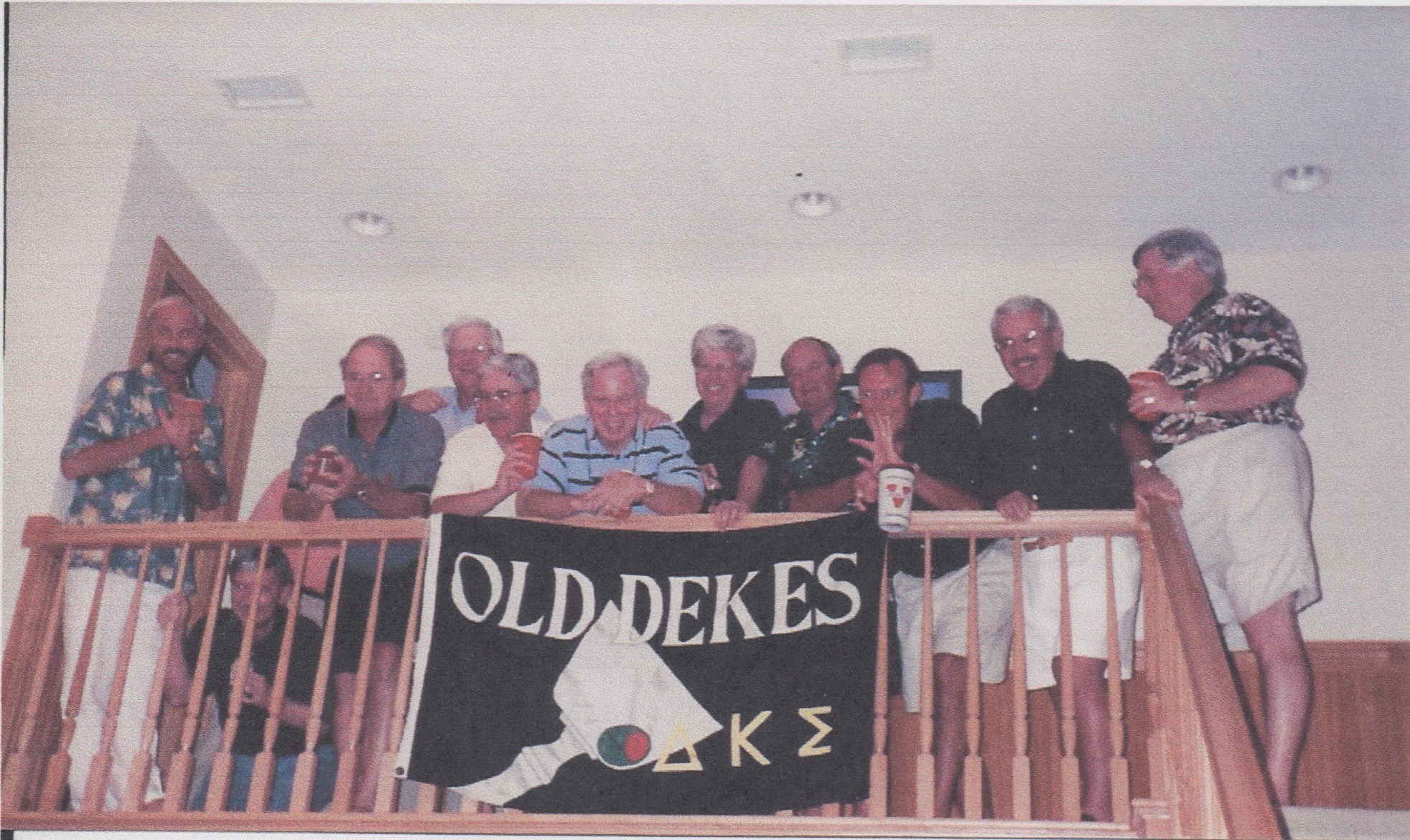 "Well, he pushed me in every single quarter I was here, and it was the best thing that ever happened."Mickey Hayes

After graduating, Mickey went back to work at his parent’s nursery. He earned a decent living. Envious of the lavish oceanfront properties he used to mow grass for when he was young and working for his parents’ mowing crew, he aspired to a grander plan. He wanted to succeed, to grasp the ability to change his life for the better, and staying in one spot likely would not meet his aspirations. At this point, Mickey ventured into the real estate business and began selling land and properties at Beech Mountain, North Carolina. Over time, he began to focus his real estate career on land planning, resort development, community development, and assisting others with these newfound skills. When reflecting on the importance of his time under Dr. Judkins’ influence, Mickey has this to say:

Over his time at the Outer Banks, North Carolina, Mickey transitioned from real estate salesman to an expert land planner. He ran a real estate development company for two different owners from 1977 to 2008, where he effectively managed business with complete autonomy through his expertise. 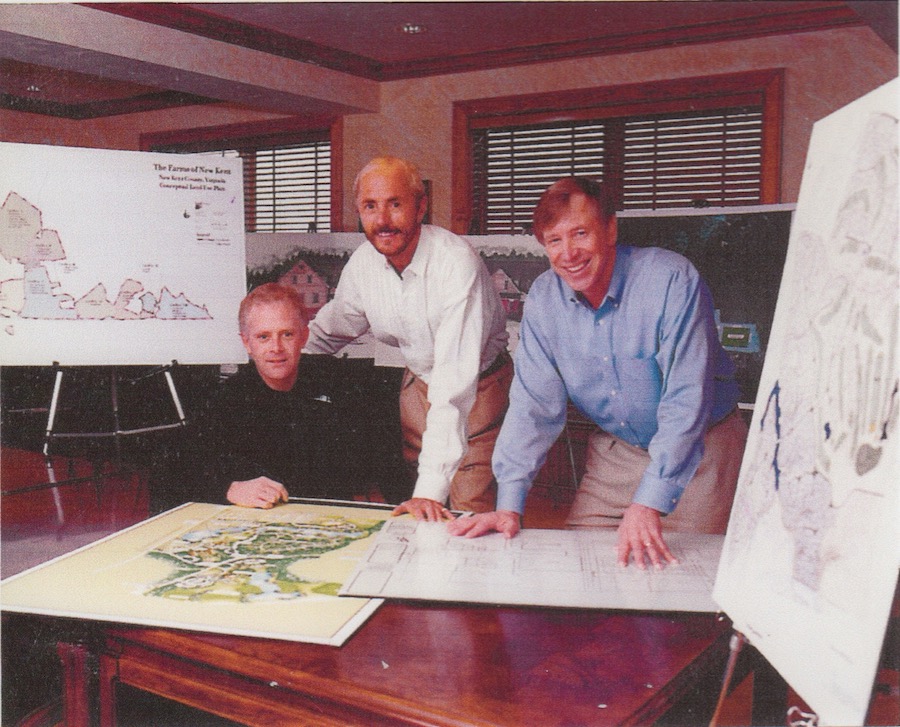 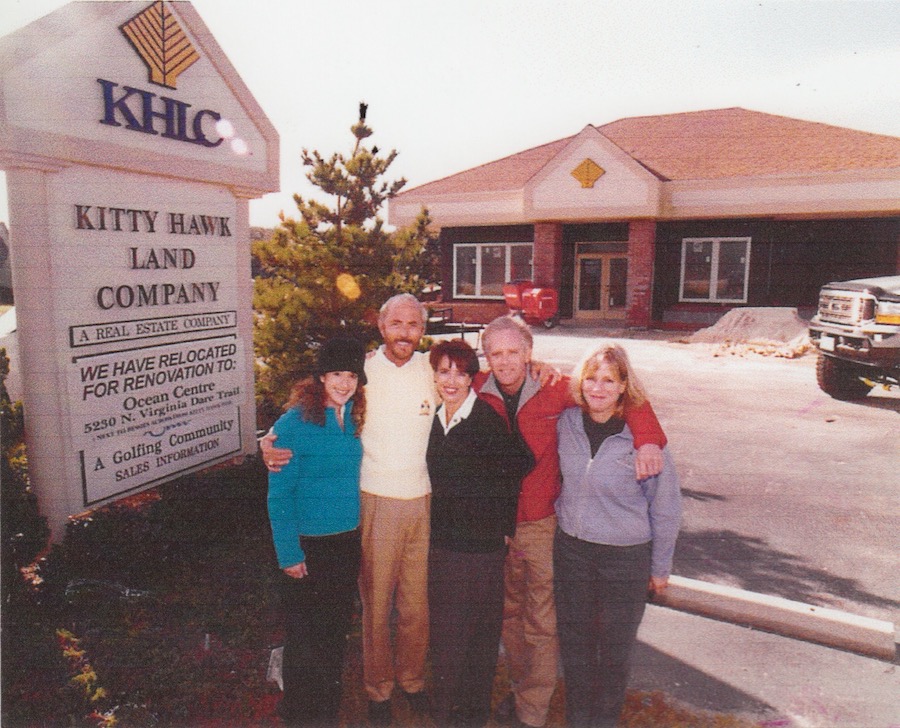 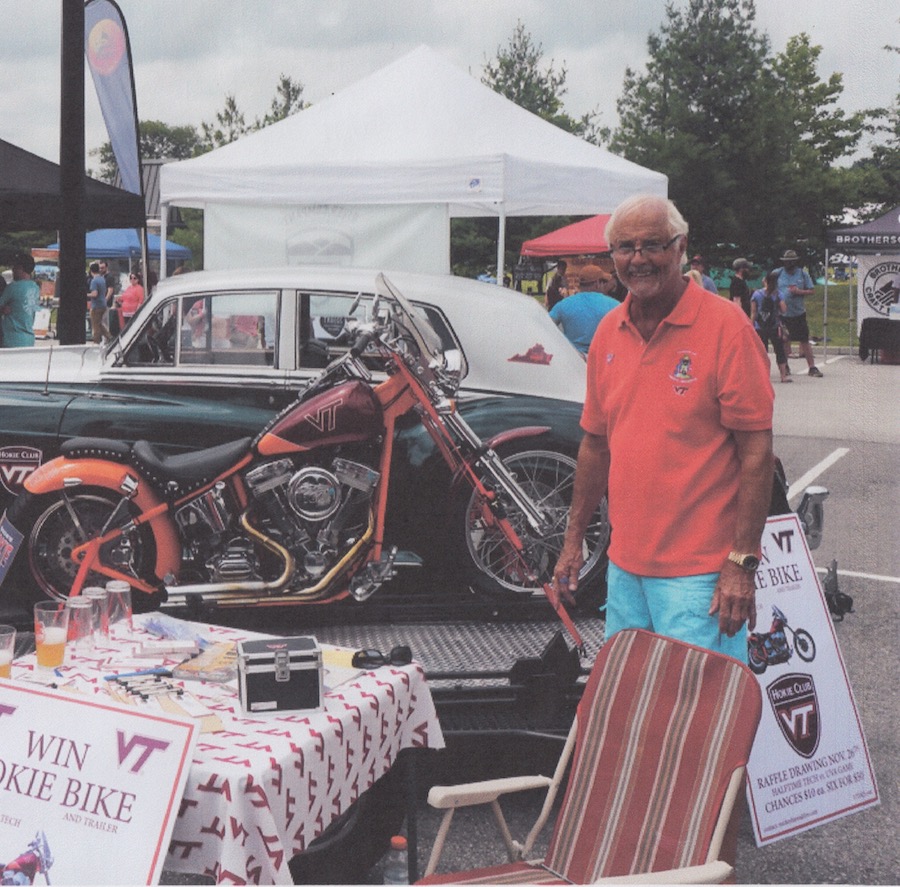 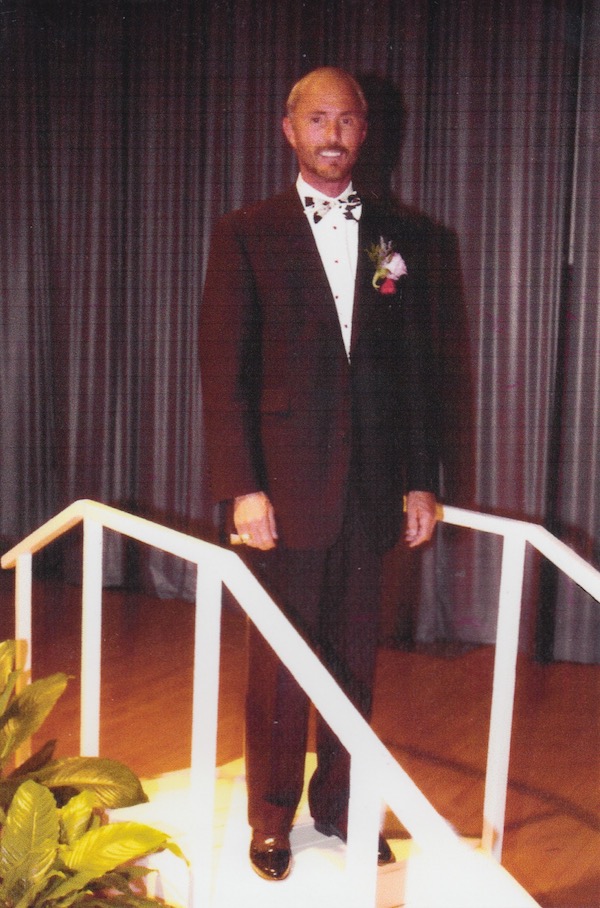 Mickey also joined the Hokie Club in 1967, just three years after graduating from Virginia Tech. The Hokie Club, now also known as the Virginia Tech Athletic Fund, was called the Virginia Tech Student Aid Association in that era. Members of the Board of Directors of the organization quickly brought Mickey onto the Board. Here, Mickey got to know well many notable figures in VT’s history, including Tech President Dr. T. Marshall Hahn, Student Aid Association President Gordon Bowman, and many VT benefactors, including Howard Gray, George Middleton, and several others of that era. During his time on the Board, Mickey also began watching and believing in VT’s football program. He was inspired by Tech’s bids for the Liberty Bowl back in 1966 and 1968.

During the later years of his career, Mickey became a mentor to both his employees and members of DKE at Virginia Tech. Since his retirement in 2008, Mickey has returned to Blacksburg with his wife Sarah to enjoy the excitement of the college town and the stimulus of the diversity and activity at Virginia Tech. He still mentors a handful of young DKE members and continues to assist past employees as an advisor. Though he only mentors select people, he offers the following words of encouragement to everyone:

Mickey Hayes offers a certain type of gravity for those around him. He exudes charisma and charm, wisdom and wonder. Like so many other people, Mickey came from a modest origin, but chose to challenge himself and strive for success. Virginia Tech is and should be grateful to have such a powerful and generous person to not only pass through the community, but continue to give back and allow others a chance to find the same or greater success.

"I wish I was still working making a lot of money like I used to, so I could give more to Virginia Tech and help all these people reach their goals. Because that’s really important to me."Mickey Hayes