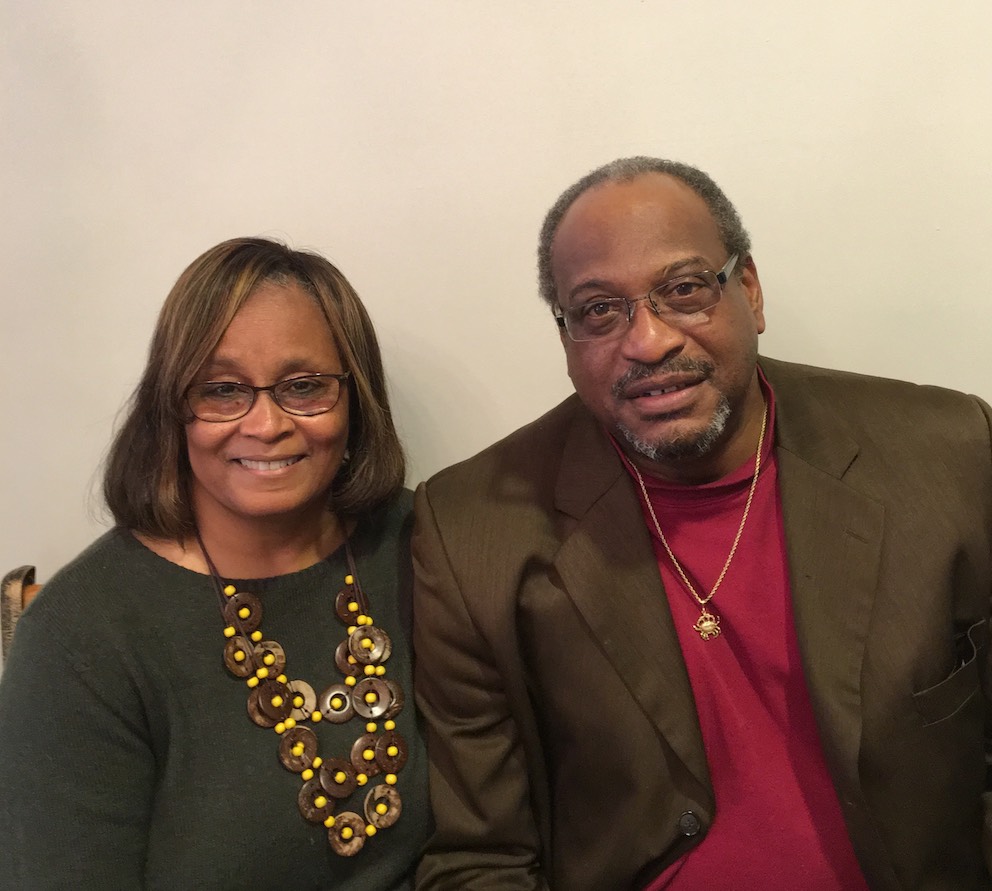 For Rhonda and Phil Rogers, “the rest of history” isn’t just a well worn phrase or one that is used to indicate their place in the history of Virginia Tech. The story that would take them from small towns in Southwest Virginia to the growing campus of Virginia Tech in the early 1970s is one that stands as a list of “firsts” for the Rogers’ and the university. Rhonda was one of the first African-American secretaries hired at Virginia Tech in 1973. Phil, a 2011 Virginia Tech Sports Hall of Fame inductee, led the football team in his senior year in 1975 as the first African-American starting quarterback for the Hokies to an impressive 8-3 record. In this VT Story, the virtues of humility and gratefulness highlight the contributions Rhonda and Phil Rogers have made to Virginia Tech and the impact of their legacy and service in ways both big and small.

Rhonda Miller Rogers was the second of two children born into a middle-class family in Wytheville, VA to parents Roy and Carly Miller. Wytheville, a small town nestled in the corner of Southwest Virginia, was heavily segregated at the time of her upbringing. Due to the separation of the town’s population, Rhonda spent much of her time at the black recreation center playing ping-pong, watching TV, and dancing to the jukebox music. As an energetic student, Rhonda loved school and in 1966, the schools in the area were integrated. The differences between the schools became more apparent for Rhonda following integration as she saw the inequities and lack of resources in the black schools compared to those offered to her brother who was attending a school that had previously been all-white. In a series of firsts for Rhonda that would follow her throughout her life, she was a member of the marching band in high school as well as the first black majorette.

“The biggest gap, I think, though, that resulted was clearly the lack of education the black kids got compared to what the white kids got, just because our teachers didn’t have the resources to keep up with what was going on in the white schools.”Rhonda Rogers

Due to the economies of the area, Rhonda attended Wytheville Community College initially to pursue a career as a teacher. After her first year and following the decision to actually not become a teacher, she enrolled in the two-year secretarial science program. During her second year, a visit from Judy Ridinger and other personnel from Virginia Tech visited students enrolled in the program to inquire about possible jobs available at the university. In 1973, Rhonda was hired in her first job among a group of five other women and moved to Blacksburg, where she would soon meet her husband.

While working at Virginia Tech in the Division of Student Affairs, Rhonda worked closely with colleague Ed Spencer, someone she still recalls as being a supportive, caring, and family-oriented person. Her main priority was to listen to students that would come to her for guidance relating to housing, dining, and more so in her current position, after having unfair experiences relating to discrimination and simply being different from others. She’s given 44 years of her life to this job, so it can be easily understood how she received both the VT Division of Student Affairs Heroine Award and the Virginia Tech President’s Award for Excellence.

Rhonda experienced discrimination herself while in the workplace, not for her race but for her job title as being a secretary. She remembers feeling like a second-class citizen compared to most other colleagues, though that ceased to occur over the years. Outside of this initial setback, she considers Virginia Tech to be her livelihood, as she has spent so much of her time working here and loving her job. She’s been encouraged by students that have been passionate about speaking up for what they believe in and thinks this campus is the most beautiful one in the country.

Philip Gary Rogers was born in Gate City, Virginia in a small town quite like that of his wife Rhonda’s. He grew up in a large family with five siblings, and it wasn’t long before he and his two older brothers found their love for sports, which helped keep them busy as schools integrated when Phil was in the sixth grade. His love for sports, particularly football, allowed him to later lead Gate City High School to a football state championship in 1970. While Phil and his cousin, Michael Wolfe, had been causally exploring universities that they could potentially play football at, Virginia Tech practically fell into their lap. He recalled the head coach welcoming them to the university before they even had accepted, and they sure enough decided to give Virginia Tech a shot.

During his football career at Tech, Phil went from being a receiver, switching to running back, and then becoming the first African-American starting quarterback during his senior year. He grew incredibly fond of his trainer, Eddie Ferrell, considering him to be like a second father after his real father passed away while he was in high school. His career after senior year began with him getting drafted in the seventh round by the St. Louis Cardinals. He had ankle-related injuries and ended up playing in Canada after. 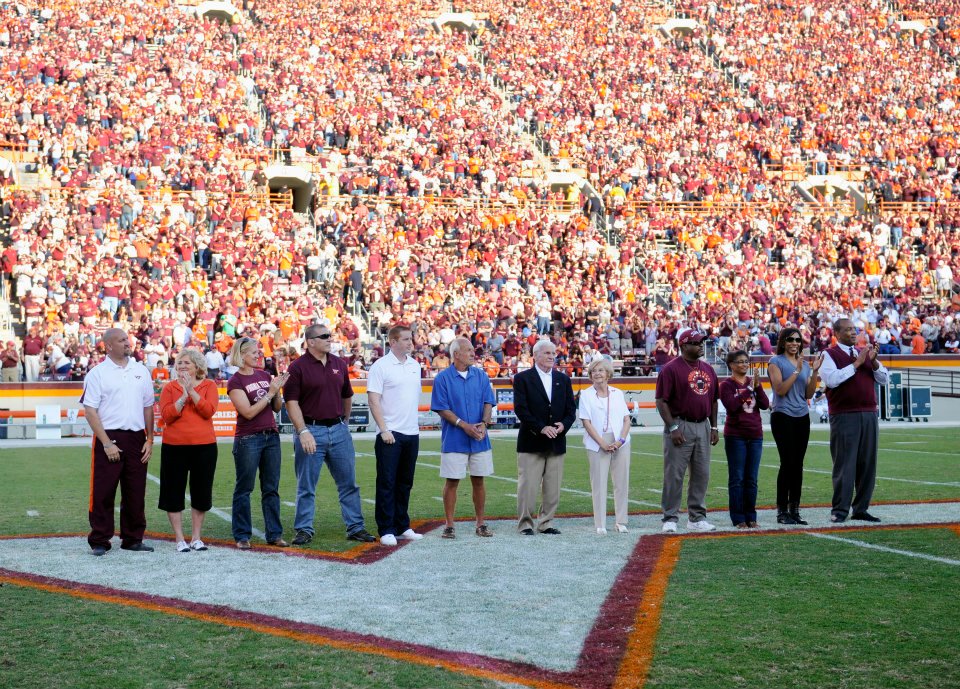 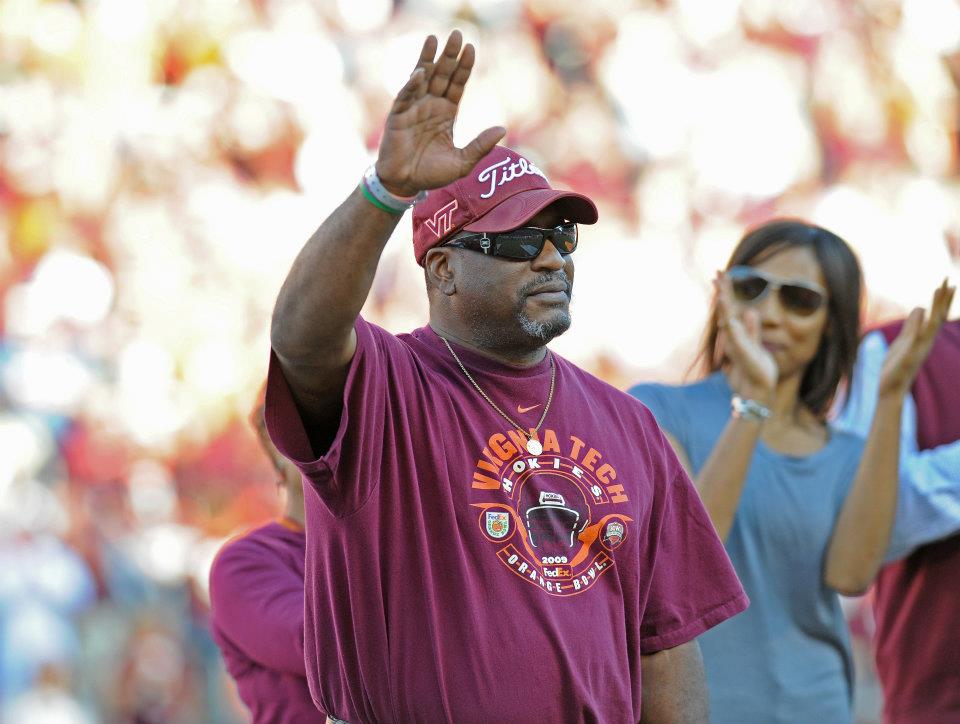 “Eddie was like a second dad. Later on in… ‘Cause he took care of a lot of people. Eddie was one of a kind.”Phil Rogers

Phil and Rhonda met when during Phil’s senior year, when he kept losing his dorm key and saw Rhonda working in the same building as the housing office. They would make small talk and it wasn’t long before they went roller skating as their first date together. They got married in 1978 and have had two children together. When asked what their favorite experiences at Virginia Tech were, Rhonda and Phil both agreed that it had to be when Phil was inducted into the Virginia Tech Sports Hall of Fame in 2011. It brought their families together to celebrate the significant achievement and made them feel even closer to the university.

Having spent much time at Virginia Tech, both doing what they loved, Phil and Rhonda Rogers have such strong connections to the university and what it represents. They have both worked hard through the roles that they have played and, most importantly, they found love here. 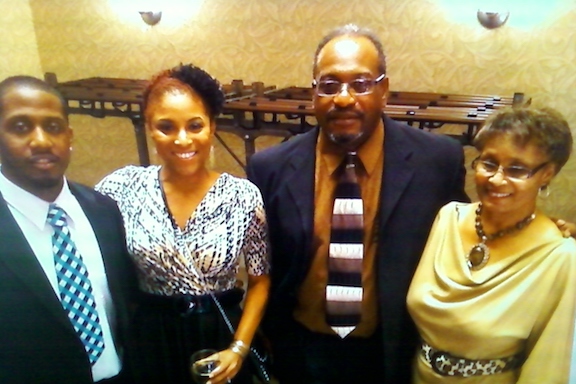