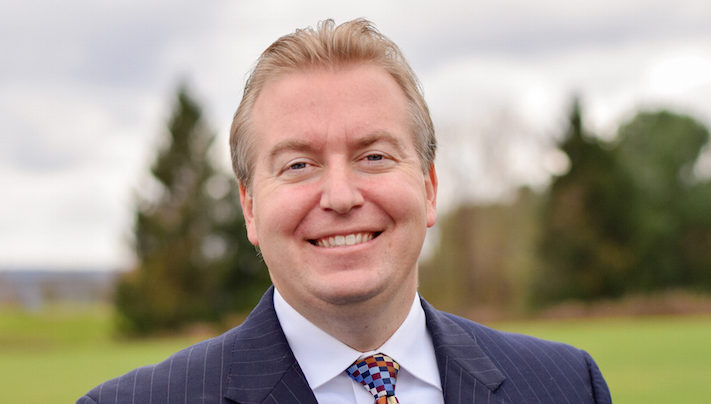 After graduation, some Virginia Tech students are left with four years worth of memories, while others have memories surrounding the university that were created before enrolling or even after graduating. Greg Fansler, Class of 2002, is one example of the way Virginia Tech can influence someone throughout their lifetime. He has gone from hearing stories from his father to visiting campus to watch sports and participate in basketball camps, from attending as a student, and to finally working for his beloved alma mater as the Director of Reunion Programs for Alumni Relations.

Growing up, Greg quickly became familiar with Virginia Tech sports as a result of his family’s love for the school, and he got to experience the influence of many notable figures in the school’s athletic history before and during his time as a student. For instance, at his basketball camps he was able to watch Dell Curry shoot and give advice on the game, and as a student he got to witness the progression of Michael Vick’s football career. 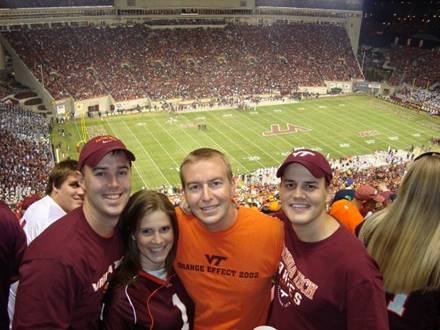 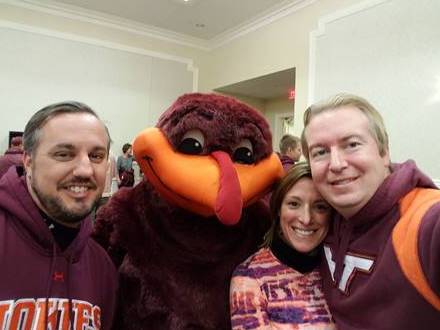 “I feel so fortunate to be able to be in those stadiums. You know, the Key Play was developed at that point in time, and then the Sandman entrance came on board. All these things that are rich in tradition today started when we were here as students.”Greg Fansler

Along with being a loyal fan of Tech athletics, Greg also took advantage of the educational opportunities he was provided with. While he was working during the summer, Greg realized the necessity of financial advisors, and he realized his skill set satisfied that need for a lot of people. Consequently, he added a finance major to complete alongside his management major. He also chose to study abroad, allowing him to travel to Europe and gain experience with international business consulting.

Fansler returned to Virginia Tech as an Assistant Director of Alumni Relations and enrolled in the MBA program full-time while working. He would later complete his MBA in 2010. In his current position as the Director of Reunion Programs for Alumni Relations, Greg is able to see the impact that Virginia Tech graduates have on society and the desire of alumni to give back both to the Virginia Tech community and the world as a whole. He also gets to join the ranks of those trying to give back to Virginia Tech through his work planning events and reunions for alumni. While his position allows him to see many positives of the Virginia Tech community, it also allows him to see room for improvement. For instance, in the future he hopes to see Virginia Tech improve the ways in which it shares its proclivity for service. 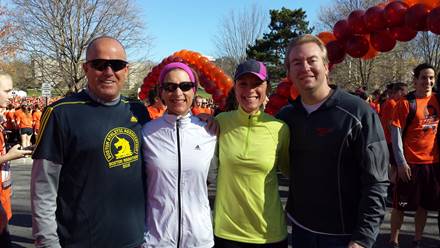 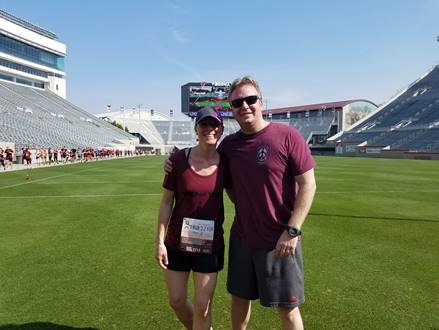 Greg also speaks of the impact of the events of April 16th on the university and how the university has been pulling together to overcome those memories ever since. He, like so many others, remembers calling his friends in Blacksburg to make sure they were okay and to offer his assistance. Working as the Senior Associate Director and Director of Marketing for Alumni Relations, Greg still gets questions and remarks on the event when he travels to different parts of the country. He acknowledges the effect that the event had on the entire nation, and he speaks to the way the community continues to come together years later to lift each other up and recover. Greg is not alone in his pride in the way the community has built itself up and come together to promote healing.