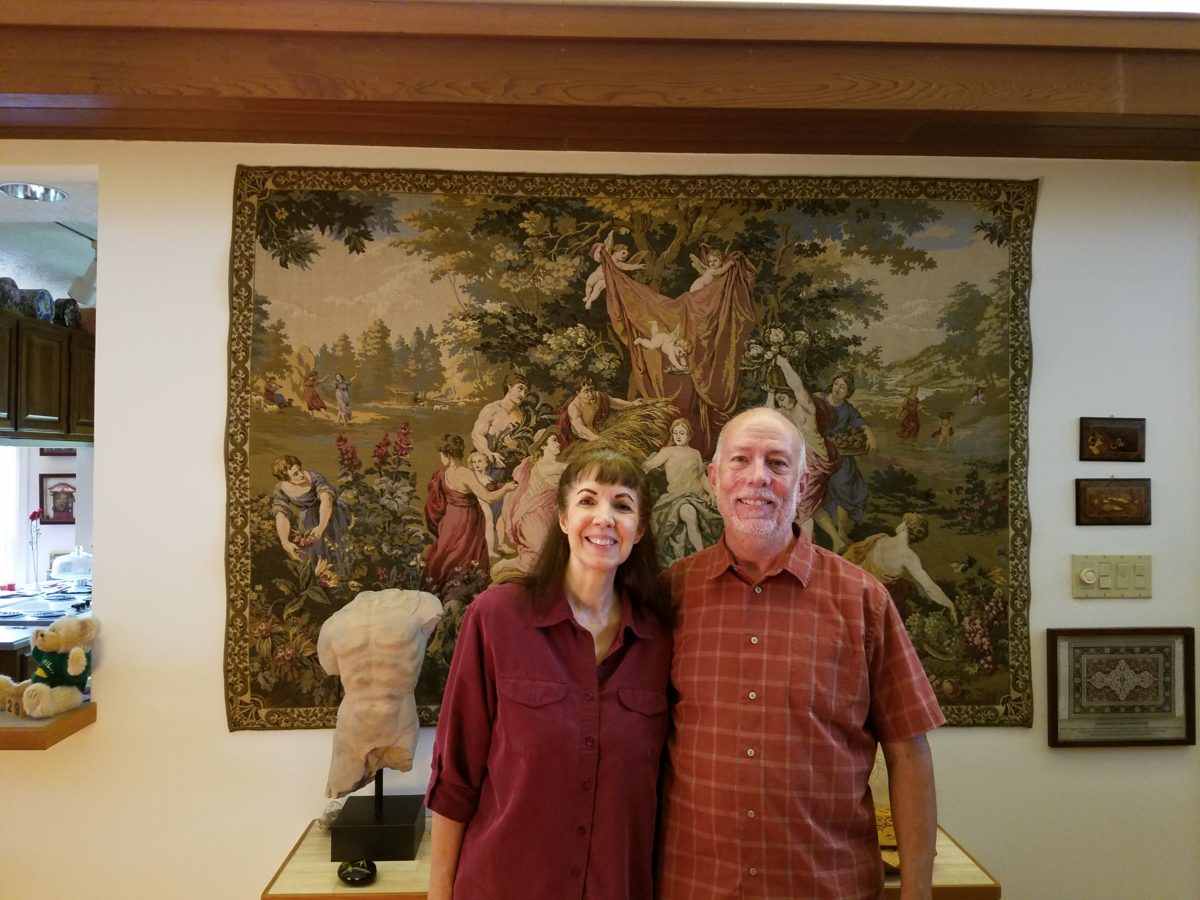 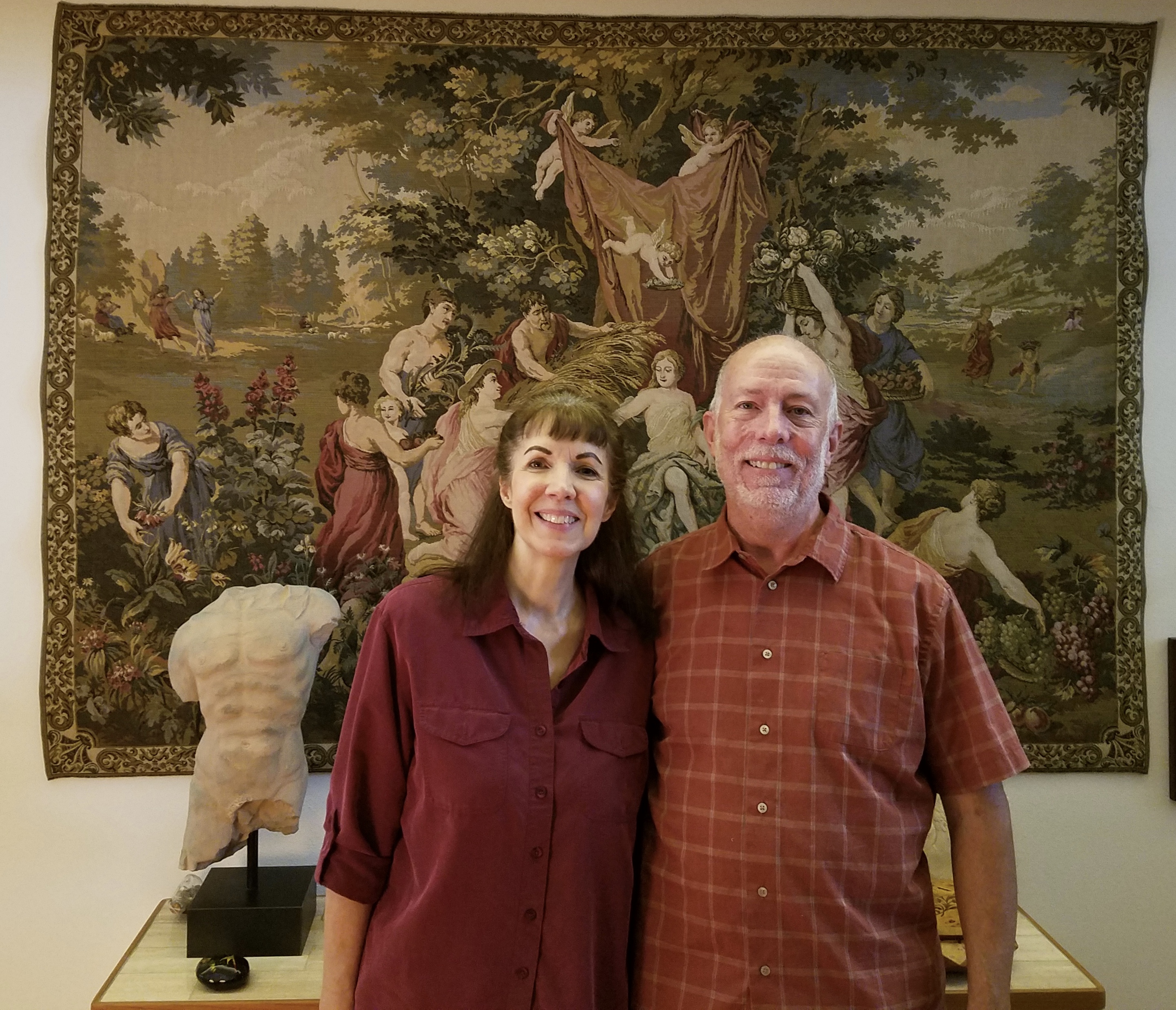 At a time when the world was undergoing revolution, Wesley and Linda Patterson were enjoying the academic seclusion of Virginia Tech. They both began their undergraduate careers in 1972; Linda graduated with majors in mathematics and psychology in 1976 and Wesley in 1977 with his bachelor’s in architecture.

Transitions in social justice, feminism, and race were just a few prevalent issues circulating during their time on campus. Looking back, Wesley and Linda are grateful to have attended Virginia Tech together, and they feel a strong bond to the university to this day.

Both originating from Newport News, VA, the Pattersons come from similar backgrounds. He was the first in his family to go to college; she came from a very frugal family who encouraged her to value education, especially as a woman. From an early age, her family instilled gender equality in Linda at high importance. Her father, another VT alum, was the primary influence on her decision to attend Tech. While Wesley and Linda were in Blacksburg, he loved to visit them every chance he got.

Linda and Wesley were paired in the same eighth grade biology class by their last name – little did they know that would be the start of a lifelong relationship. Together at Tech, they made many fond memories, including times at the dining hall, experiences with standout professors, and streaking across campus. One professor in particular would determine if it would be a good or bad day of class depending on if a book he threw landed on the desk or the floor; the Pattersons had several professors with memorable quirks.

“You got to meet a lot of interesting professors that had their own interesting way of teaching when you were just used to, you know, Grandma teaching you in eighth grade or something. It was very different, very diverse background of people, and teachers, and class content.”Linda Patterson

The quality of education at Tech is one of the things the Pattersons have appreciated in years following. The power of having a VT education on her resume, Linda claims, helped her move forward after graduation. Wesley’s architecture courses pushed him to think “without rules” and prioritize working with projects on time outside of class. In Linda’s experience, she had no one mentor in particular who influenced her. Rather, the high quality of expertise exhibited by professors in the math and psychology spheres impressed her.

The teachers were such high quality for math, for physics, for anything else, and in the Psychology Department especially, I think, and so the quality of the education you got was worth so much when you got out as far as how it looked on your resume, who you would interview with, and whatnot. At the time it was a very powerful thing to have on your resume because they knew the depth and the quality.Linda Patterson

Back in the 70’s, Virginia Tech was relatively secluded from revolutionary protests and demonstrations. Fortunately, Linda was able to pursue her passions in math and psychology without much opposition to her being a woman in a man-dominated field. When she transitioned into her position as a NASA flight controller for space shuttle guidance and navigation/control officer in 1976, she faced sexism in the workplace. Instead of letting herself be overshadowed by oppression, she stood her ground. Despite sexist comments and tension, Linda fought to prove her capability and work ethic was just as impressive as her coworkers. She went on to manage the international space station for the MCC control group in 1990.

After graduation, Wesley went on to work with an architecture firm. He credits Virginia Tech for teaching him to embrace the freedom of exploring problems and finding new ways to solve them. The lessons he learned in his time at school helped to set him apart from competitors and develop his communication skills.

Their experiences at Virginia Tech have had a powerful impact on the Pattersons, and they continually give back to the community that shaped them. They started as Hokies together; they continue to share Hokie pride, spirit, and memories, together.