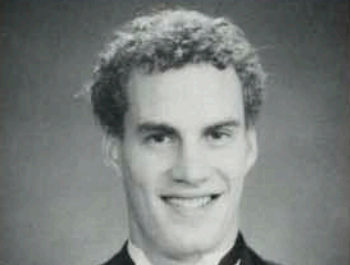 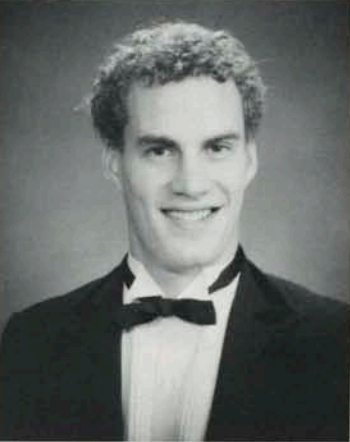 Starting at a young age, growing up in suburban New Jersey, Matt Eick became interested in science. Coming to Virginia Tech on a swimming scholarship, Eick started his Hokie journey as a geology major, but soon after transferred into the Soil Sciences Department.

Soil Sciences encompassed all of the subjects Eick was interested in: biology, chemistry, physics, and microbiology. Eick wanted to get more involved in other activities and organizations that were related to his major, but most of his time was taken up by his role on the varsity swim and dive team.

“[Swimming] was kind of a full time job. Swim in the morning, classes, swim in the afternoon, eat dinner, study, go to bed, repeat.” Matt Eick

There were times when Eick could spend up to a week away from Blacksburg for conference swim meets. At times like this, he learned to get his work done in advance, so he would not be behind when he got back.

One of Eick’s closest mentors as an undergraduate was Dave Parish, a professor in the Soil Sciences Department. Although Parish was not his official academic advisor, he was the one who first got Eick involved in his respective field of study. Now, Eick has come full circle, and when he returned to Virginia Tech as a professor, he got to work alongside his mentor for a number of years before Parish’s retirement.

After he finished his undergraduate studies at Virginia Tech, a connection that one of his professors had led him to the University of Delaware for his Master’s Degree and PhD. While at Delaware, Eick really started to get more involved in research – at one point even working with NASA – studying the soil composition on the moon to see if it could potentially be used for farming in the future.

In 1997, after two and a half years working at Louisiana State University, Eick had the opportunity to return to Blacksburg to work in the Soil Sciences Department at Virginia Tech. He teaches undergraduate and graduate courses in the Soil Sciences Department and conducts collaborative research, studying the affects and reactions of different metals and materials when they are mixed with soil.

Along with his work in the classroom or lab, Eick said the most rewarding part of his job is his work as the academic advisor to over 100 students. He said there is nothing like seeing the way his advisees change and grow from their time as a freshman to senior year. These are true, deep relationships that Eick forms with his advisees, and he even has his seniors over to his house every year to reward them on a successful journey with his homemade pizza and home-brewed beer.

“My mentors as an undergraduate basically molded me and helped me on the career path that I chose. They were not only mentors, they were friends, so I want to be the same way to my advisees in that respect.”Matt Eick

Eick also uses his knowledge and talents to help others all around the world by taking students overseas on study abroad trips. He has traveled to Senegal, Nepal, The Galapagos Islands, and Ecuador. Eick claims that he has never had a student that has not come back from one of these trips without a new appreciation for the environment, and some even go on to change majors or future plans to get more involved. Eick plans to help lead an upcoming trip to Peru to design and build a ecological-friendly waste management system.

Eick’s time at Virginia Tech as a student, professor, advisor, mentor, and friend has all been built around the motto of the university, Ut Prosim, that I may serve. Whether that means hours spent going over career plans with students, helping local farmers increase the quality of their soils, or working to help others in third world countries, he has lived a life to serve others, embodying the spirit of Virginia Tech.