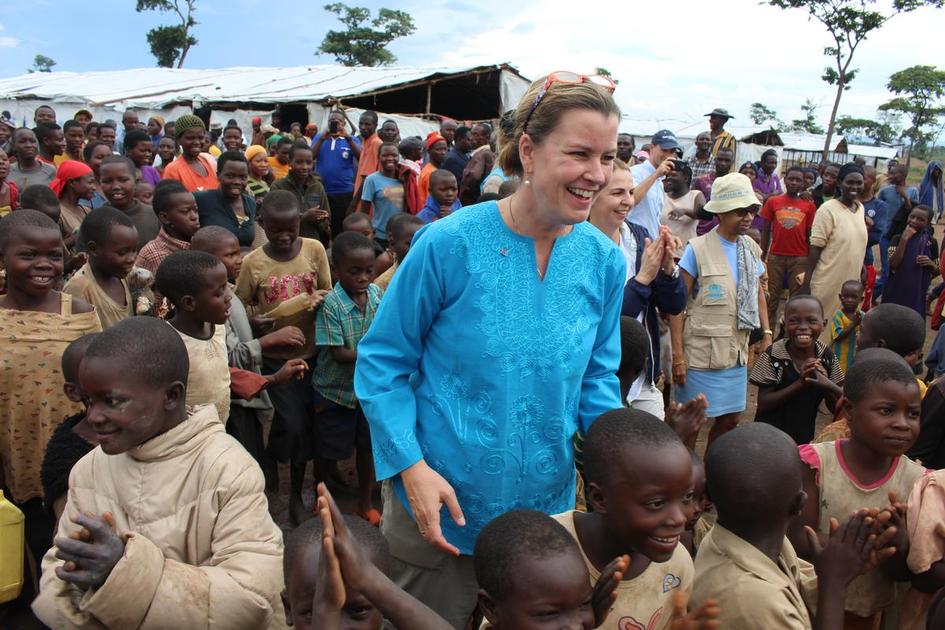 Kelly T. Clements came to Virginia Tech knowing she wanted to be a public servant. She graduated in 1988 from her undergraduate career with a double major in International Studies and French. She continued her graduate studies at VT and earned a Master’s degree in Urban Affairs in 1990.

She entered public service through the prestigious Presidential Management Fellow program. After a 25-year career with the Department of State, Ms. Clements now serves as Deputy High Commissioner for the The Office of the United Nations High Commissioner for Refugees (UNHCR), more commonly known as the UN Refugee Agency; a post she has occupied since 2015.

Ms. Clements’ entire career has been dedicated to refugee and forced displacement humanitarian issues. Although her job is not always easy, she believes that her experiences at Virginia Tech helped prepare her for such a vital role. The excerpts below are from an interview with a Rhetoric & Writing PhD Program course titled, “Rhetorics of Social Justice.”

During her conversation with graduate students, Ms. Clements discussed how our VT education prepared her for the work she does and she encouraged those interested in humanitarian work to be good communicators with the ability to address a variety of audiences.

“Tech provided an incredible platform…the type of training that I had at Tech then helped me to be able to hone in on what I wanted to do and how I wanted to contribute.”Kelly T. Clements

“I have had the privilege of working with Congress over the years, and I enjoy it. It’s important to understand how Congress sets the parameters for U.S. government engagement and appropriates the funding to put policy into practice.”Kelly T. Clements

On her second day in Blacksburg, Ms. Clements met her future husband and fellow Hokie, Andrew Clements. The couple of 29 years and their two children now live in Geneva, Switzerland, the headquarters for UNHCR.

Although Clements considers herself a planner, with three to four years planned in advance, her plans have changed “hundreds of times” because she keeps her mind open to people and experiences. These opportunities have culminated in a rewarding and challenging career as a public servant.

As she met with graduate students, she shared this advice:

“Be open to anything. Don’t go into a situation, whether or not it’s a job interview, or an internship, or a volunteer experience, with a preconceived notion about what it’s going to lead to because if you’re open to these sorts of experiences, things will happen that you don’t expect. I’m certainly a good example of that.”Kelly T. Clements