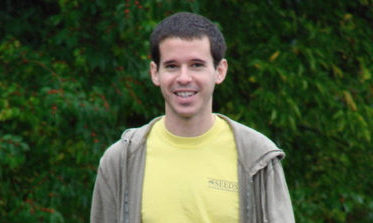 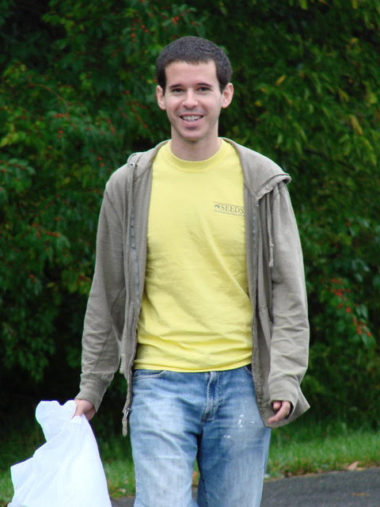 Robert Jacks first visited Virginia Tech on a bright and beautifully sunny day – the type of Blacksburg day that every Virginia Tech student has experienced, where the Hokie Stone shines brightly, illuminated in the sunshine, and the temperature is perfect for strolling around the Drillfield.

During his initial visit to campus with his father, Rob Jacks, the former academic advisor in Virginia Tech’s English department, decided that Virginia Tech was the only school he wanted to attend. In fact, he only applied to Tech. He hasn’t regretted that decision since.

Rob knew that Tech was the school for him almost immediately after setting foot on campus, which is a familiar feeling for many Hokies. But his decision had nothing to do with the information shared during the tour or any people he remembers standing out to him; in fact, he does not recall many of those details, but rather the general atmosphere of Tech itself.

“There’s something about this place, which changes person to person, it’s just a connection. Everyone has their own connection, their own memories, their own experiences.”Rob Jacks

There’s something about Blacksburg – whether it be the beautiful buildings of campus, or where the town itself is located – that continuously keep people like Rob Jacks coming back. And now, he helps other Hokies grow into their own futures.

Rob started his undergraduate degree in Business Management in 2005. He was excited to be away from his parents, and leave the only home he had ever known in Virginia Beach. He finally felt that he was making decisions for himself, instead of trying to impress others. At Virginia Tech, Rob could pursue his passions.

Even as an undergraduate student, Rob was always concerned about people. He was constantly thinking about what was best for each other, for the community, and for the environment. Jacks, an avid conservationist and environmentalist, become involved with Tech’s environmental coalition. Additionally, around his second year, he became president of a local chapter of a nonprofit organization called SEEDS. SEEDS, which stands for Seek Education, Explore, Discover, teaches kids about the environment and sustainability.

Rob used his business skills, especially during his junior and senior years at Virginia Tech, to help organize events such as stream clean-ups and fundraisers. What he liked most about working with organizations like SEEDS, is that it allows organizations to come together and combine resources in order to help the community. Rob is involved with SEEDS to this day, because it allows him to continue reaching out and assisting the community.

Now, Rob is the director of academic advising for the College of Architecture and Urban Studies. Each day he helps other students, just like he did as an undergraduate student in SEEDS, take their next step in life. He welcomes each student into his office, and works with them to discover the best solution.

Rob has been recognized for his extraordinary work in the advising office. He received the Advisor of the Month Award for October 2016, and recently won the Provost Award for Excellence in Advising.
Although Rob is pleased to be recognized for his efforts, his main focus is always the students. He loves going to work everyday, and is happy with the way his life has panned out.
Virginia Tech drew Robert Jacks in, and allowed him to live out his student career serving others in true Hokie spirit. Now, he continues to live out the spirit of Ut Prosim by planting the seeds of confidence in other undergraduate students, and gives them advice so they can grow into the community.