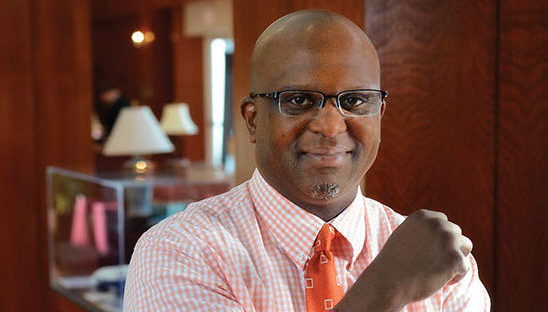 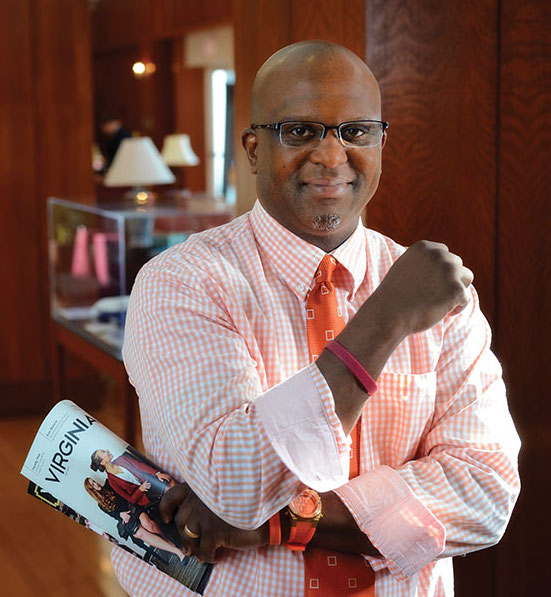 As one of Virginia Tech’s first black graduates, Matt Winston’s father was able to share a number of stories, both positive and negative, about the university. While he did hear stories of his father being called by the university’s president and asked to not attend ring dance so as to avoid stirring racial tensions, Winston was also told stories of the incredible leaders and supportive students within the university. His father told him the truth about some of the hardships he faced at Virginia Tech, but he also made sure to inform Winston of the many positive qualities of the university, particularly in terms of academic excellence.

While he was aware of some of his father’s experiences at Tech, Winston, Class of 1990, says that his father wanted him to have the freedom to form his own opinion of the school based on his own experiences there. He made the choice to attend Virginia Tech to receive a degree in marketing management after being contacted directly by Norrine Bailey Spencer, the Associate Dean of the College of Business, and asked to join the university. Since then he has formed relationships within the Virginia Tech community both as a student and a faculty member.

As a student, Winston was struck by the beauty of the campus and encouraged by the camaraderie of the students. He was able to enter Virginia Tech’s student body among others that he knew from his high school, allowing him to come in with a previously built support group, and he networked and formed new relationships to expand this support group as well. He remembers the hiring of Frank Beamer and Nikki Giovanni, both of which occurred the year after he enrolled, and he remembers the increase in Hokie Pride that followed after those hires. He can also share stories of watching superb athletes, experiencing nearly every natural disaster possible in Blacksburg, and visiting the most popular dance spots of the time.

During his time here, Winston has been able to use the relationships he built to make a difference for the university. He worked with Nikki Giovanni to help create the first black studies program and he and his father both sponsor the mural on the outside of the Black Cultural Center. He also served as the public relations director for the Student Government Association, was part of the original Hokie camp, and worked as an orientation leader.

Following graduation, Winston worked at Virginia Tech for eight years before spending 17 years working for the University of Georgia. During these 17 years and the years following, Winston continued his affiliations with Virginia Tech by volunteering with alumni associations, which led him to be given the Distinguished Service Award in 2015. Winston eventually returned to Virginia Tech after being offered a position as Senior Associate Vice President for Alumni Relations, and he has stayed with the university since then.

After all of his time here as both a student and an employee, Winston has both seen and exemplified the university’s aptitude for service. He is encouraged by the number of alumni that work to stay involved with the university, and he is proud of the way the university continues to produce fantastic people who do great things in terms of both education and service.