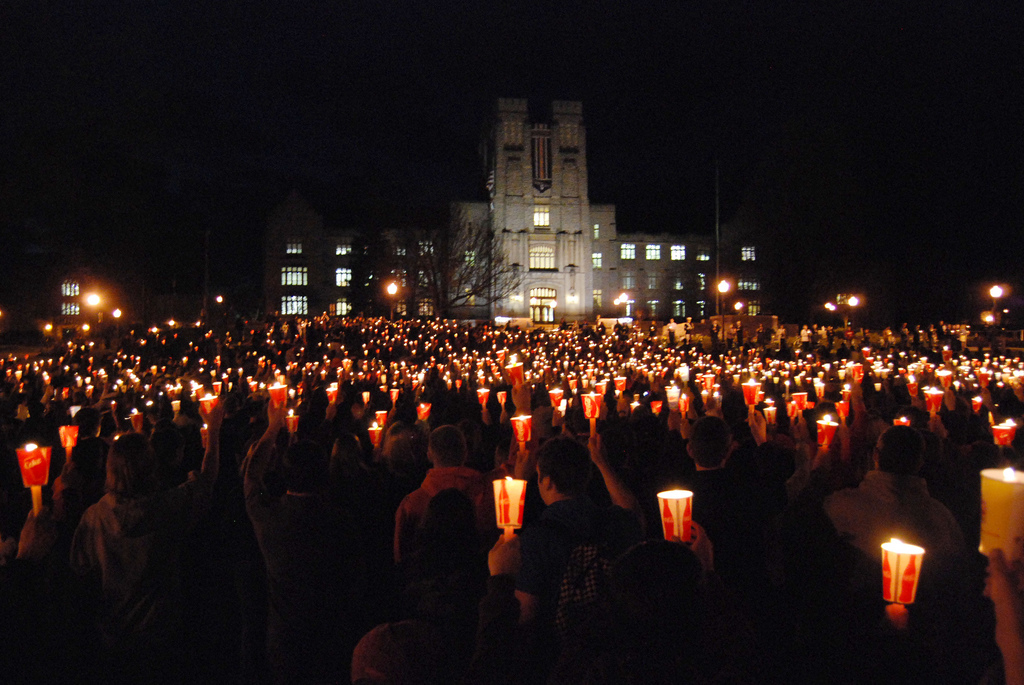 Ten years have passed since the events on April 16th, and prevail we have. Regardless of age, Hokies everywhere unite and take pause to remember the lives lost on that day. While an event such as this could have easily broken the university and students, Hokie Nation came together and is stronger than ever.

During VT Stories interviews, April 16th often comes into the conversation. The stories we have collected cover a range of emotions, but in each one we can hear the pride Hokies take in our response. We have heard from Hokies who were in Blacksburg that day. We have heard from Hokies who learned of the events from afar. We know of Hokies who volunteered their help in any way, and we know of those who stood up to the media and declared our strength. Each story is different, but the overwhelming response is the same: Hokies everywhere are saddened but unified by April 16th.

We cannot dwell on the unfortunate events of that day, but we can and will continue to honor those 32 Hokies who are no longer with us. Virginia Tech and the Blacksburg community have worked to move on from that day all the while knowing things will never be the same. The response to April 16th was overwhelming and showed the world who Virginia Tech was. The university continues to provide many opportunities for healing and growth each year on the anniversary.

To find out how more information about this year’s memorial events here.

Also, click below to listen to more memories of April 16th from VT Stories interviews.