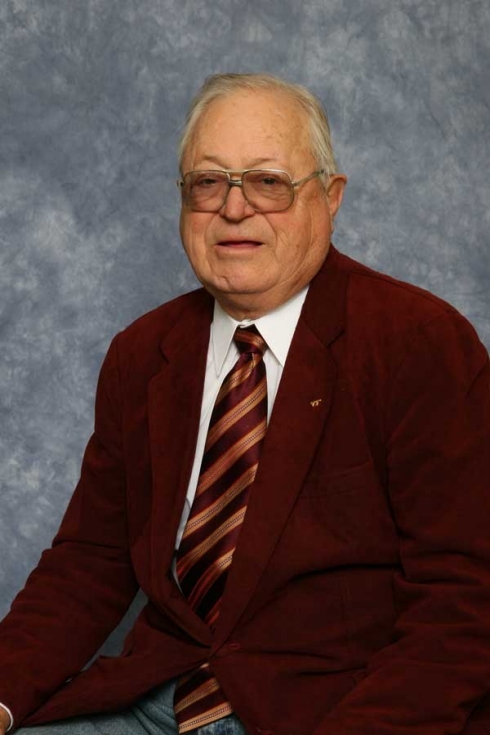 On the residential side of campus, there is an academic building where researchers from the College of Agriculture and Life Sciences (CALS) and College of Natural Resources and Environment (CNRE) work diligently to find solutions to environmental issues and improve the quality of life for all of Earth’s inhabitants. This is Latham Hall. In 2006, Latham Hall was named after an outstanding alumni and integral member of the Hokie community, Bill C. Latham, after he and his wife, Betty, made a large donation to the University to support research. Latham has remained an involved member of the Virginia Tech community since he graduated with a degree in General Agriculture in 1955.

Why did Latham choose to come to Virginia Tech, a University he has had unbreakable ties with for over the past 50 years? Simple. His mother.

Latham’s mother wanted her son to experience a broad education in agriculture. The Lathams own hundreds of acres of farmland in Prince William county in northern Virginia: the same farmland Latham has lived on since he was brought back from the hospital as a baby in 1933. With an education from Virginia Tech, Latham was prepared to operate the farm, while working in the banking and hotel businesses on the side to provide for education for his four children.

The University was much different back when Latham began his studies in 1951. During that time, the majority of the student body was made up of the Corps of Cadets. However, Latham was not interested in joining the military after graduation. He had a farm to return to.

“I didn’t want to go in the military because I had the farms to go back to, so I… ended up meeting Dr. Newman, Walter Newman, and General Devine, who was Commandant of the Corps, and persuaded them to let me out of the Corps for my junior and senior year.”
Bill Latham

Leaving the Corps of Cadets meant that Latham became one of the one thousand civilian students on campus. He made the most of this experience, becoming the president of the growing civilian body.

Latham has a variety of anecdotes from his years as a student — from standing up to an irate English professor, to learning how to pilot in a rented J3 Cub, a well-known, lightweight aircraft. One of the most memorable stories happened his senior year when other students played a trick on him after a dance at the Student Activities Building.

Six years after graduation, in 1961, friend and fellow alumni, Buddy Russell, asked Latham to join the Alumni Board. While on this board, Latham was forced to make difficult, yet important decisions for the future of the University. Latham had a major role in assisting the University during a time of financial trouble in the late 80’s. After President Lavery made poor financial decisions concerning the Athletic Department, Latham, as a member of the Alumni Board and Board of Visitors, advised that the former president resign from his position.

” I just thought the world of Bill and Peggy, but this institution was a lot more important than any of us … The future of the University was effectively in our hands, or at least in part … And I was just a country boy. I had not done anything like this before.”Bill Latham

After a 12 year break from the Board of Visitors, Latham returned after President Torgersen stepped down from his position to resume teaching in 2000. This meant Latham played a role in choosing the next president of the University.

Latham has been honored with multiple awards for his dedication to his alma mater, including the Alumni Distinguished Service Award in 1996 and the William H. Ruffner Medal in 2007. Regarding the future of the University, Latham hopes that Virginia Tech continues with the goals of remaining a land-grant University and making a college education possible for capable students.