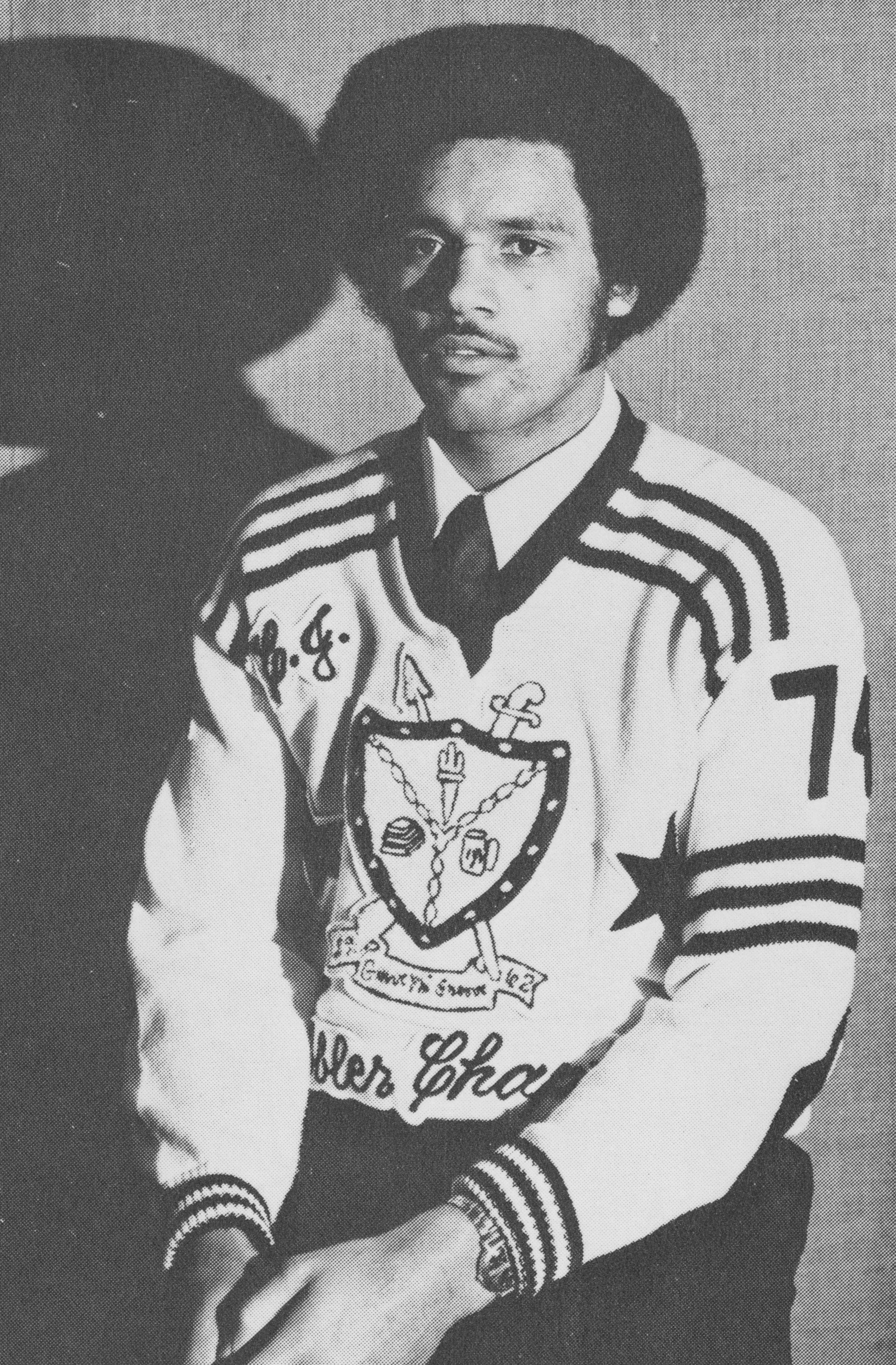 Calvin Jamison entered his freshman year at Virginia Tech as a member of the Class of 1977, and he remained to receive his Master’s in 1981 and his Doctorate in 1988. As an undergraduate, Calvin recognized the need for outreach towards minority students, so he addressed a proposal to the Student Budget Board in the hopes that it would convince them to hold orientation weekends for African American high school students. While the proposal was not accepted by the Board, it did make its way to the Admissions Office. Consequently, when Calvin graduated he received a job with Virginia Tech Admissions, and he then set to work with his colleague, Glenn Valentine, to recruit minority students across the country. Because of Calvin’s efforts, the number of African American freshmen enrolled at Virginia Tech grew from 60 in 1976 to 165 by 1978. With this increase, the need for support systems and community organizations for minority students grew, resulting in the emergence of multiple groups and programs still in place today.

After working with the Admissions Office at Virginia Tech, Calvin went on to work as the Assistant to the President of the university, where he continued to work to increase the number of African American faculty members and students on campus and to create a community that highlighted the culture that this increasing population brought to the university. After holding that position, Calvin left to work at Virginia Commonwealth University, and then for the Ethyl Corporation. Later, Calvin took a position as the City Manager of Richmond, then as the Senior Vice President Chief Administrative Officer at Hampton University, and finally took the position he still holds today at the University of Texas at Dallas. This variety of careers allows Calvin to continue drawing on the skills he obtained as a student and as a staff member at Virginia Tech.

“However, the skills that I developed as a student, as a student leader, as an administrator, as a recruiter, as assistant to the President of the University were ones that assisted me in making sure that I was flexible, and in terms of my ability to take on different and unique tasks and be successful. So I had a broad-based educational and what I call a non-classroom experience at Virginia Tech that prepared me well.”Calvin Jamison

Even after taking multiple new jobs and exploring new areas, Calvin has always worked to remain a part of the Virginia Tech community. He has served on multiple boards, including the Pamplin Business School Board, the Alumni Board, the Continuing Education Board, and the Board of Visitors. He was also named Distinguished Alumnus of the Year in 2006, and he has attended 23 consecutive Bowl games.

After all of the work Calvin has done to diversify Virginia Tech, he notes the importance of the current community to continue his efforts. He speaks to the beauty of the combination of multiple cultures, emphasizing the ability of this combination to prepare members of Tech’s community for unique experiences. He hopes that Virginia Tech will continue to strive for academic and athletic excellence while remaining focused on community service and cultural diversity and inclusion.

“…and it’s up to us to reach and understand the unique differences we all bring to the table, but that Virginia Tech is a melting pot to prepare us for our ability to go out and be successful in life.”Calvin Jamison