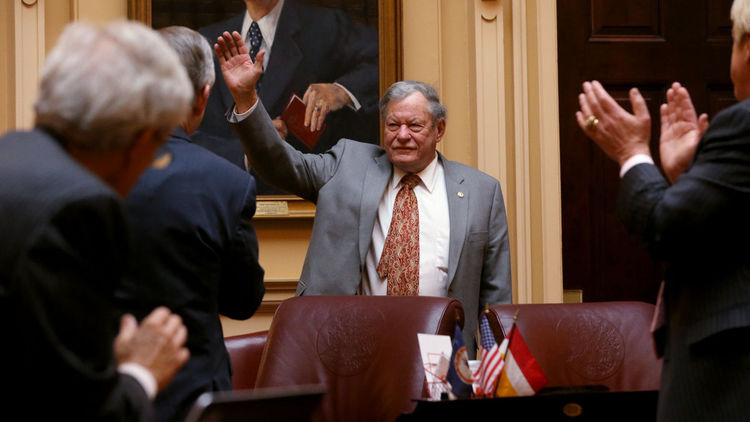 Frank Nolen, Class of 1965, went to work for General Electric after high school. After working there for over a year, his boss decided he should get his engineering degree, leading Frank to Virginia Tech. During his time here, Frank became incredibly engaged in the political atmosphere both on and off campus. When Frank arrived at Tech, the Corps of Cadets was in charge of planning all class functions, so he decided that there should be more civilian involvement. During the vote for Vice President of the class system, Frank got civilian students to write in his name to split the vote between the two Cadets running, and ultimately he was elected as Vice President of his class. When the Cadet who was elected President of the class left school, Frank became President.

Frank was also present during the decision to remove the policy making the Corps of Cadets mandatory. He went with the state senator at the time and each of them spoke in favor of President Hahn’s proposal to make the Corps voluntary. Following the approval of that decision, Frank ran for student body President and held that position along with his position of Vice President of his class.

His student government positions and his previous work with President Hahn led Frank to a variety of opportunities in the political realm. He was selected by President Hahn to represent Virginia Tech at an event with the Pennsylvania Military Academy, and he was later accepted to attend the Democratic National Convention to help set up for Lyndon B. Johnson’s arrival. He later received an invitation to a prayer breakfast hosted by President Johnson. In 1965, Frank was invited by President Johnson’s daughter to have dinner in the White House with other student body Presidents from land grant universities.

“and with today’s security and so forth it’s hard to believe, but for that event I had the invitation and I drove my car right in on the White House grounds and was able to park there and go to this event. We had dinner with Lady Bird and President Johnson, Linda, all of us…”Frank Nolen

After graduating, Frank’s activities shifted back towards the field of engineering. He went back to work for General Electric designing equipment to be sent to United States allies during the war. Later, Frank went on to work with Reynolds Metal Company so he could run his own farm on which he still resides.

Frank used his time at Virginia Tech to experience and learn as much as possible. He acknowledges the academic standard he was held to, and he commends the instructors and leaders of the university.

“The professors, the instructors are dedicated. They are not here just for the money…They are here to educate and make productive citizens. I think that’s why it continues to be a great institution.”Frank Nolen