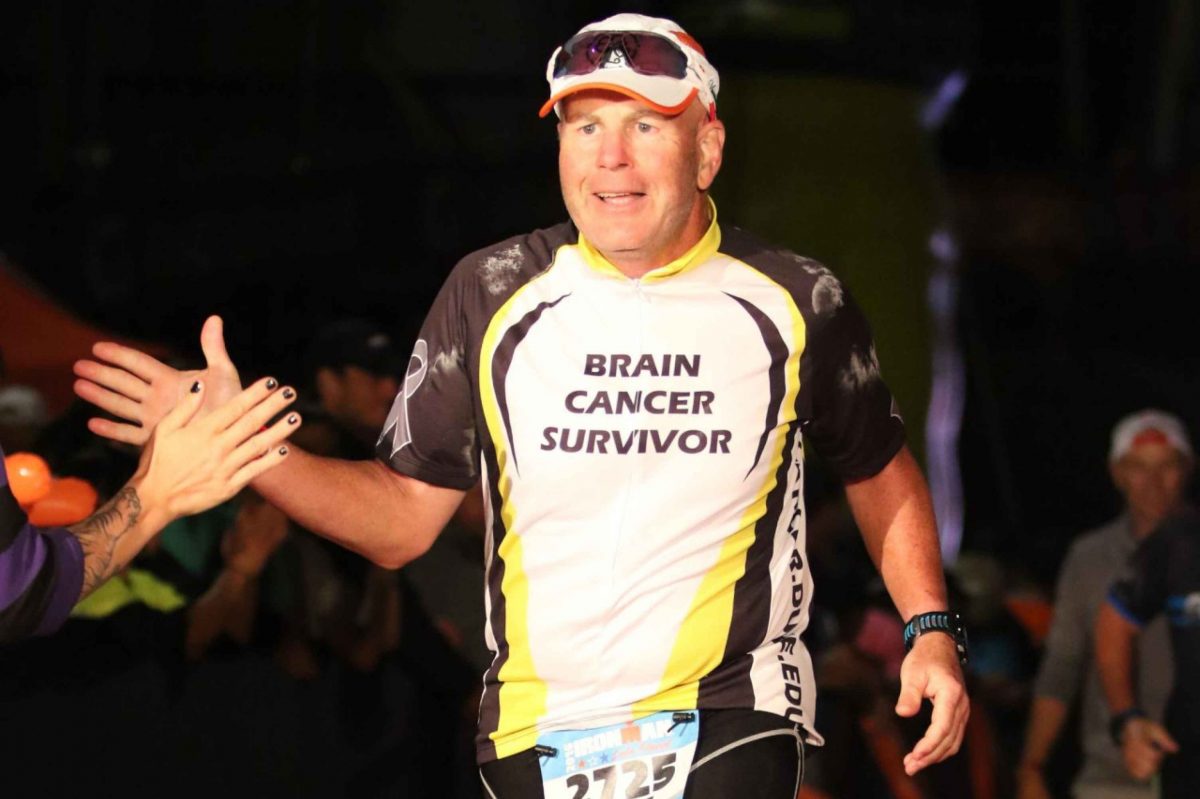 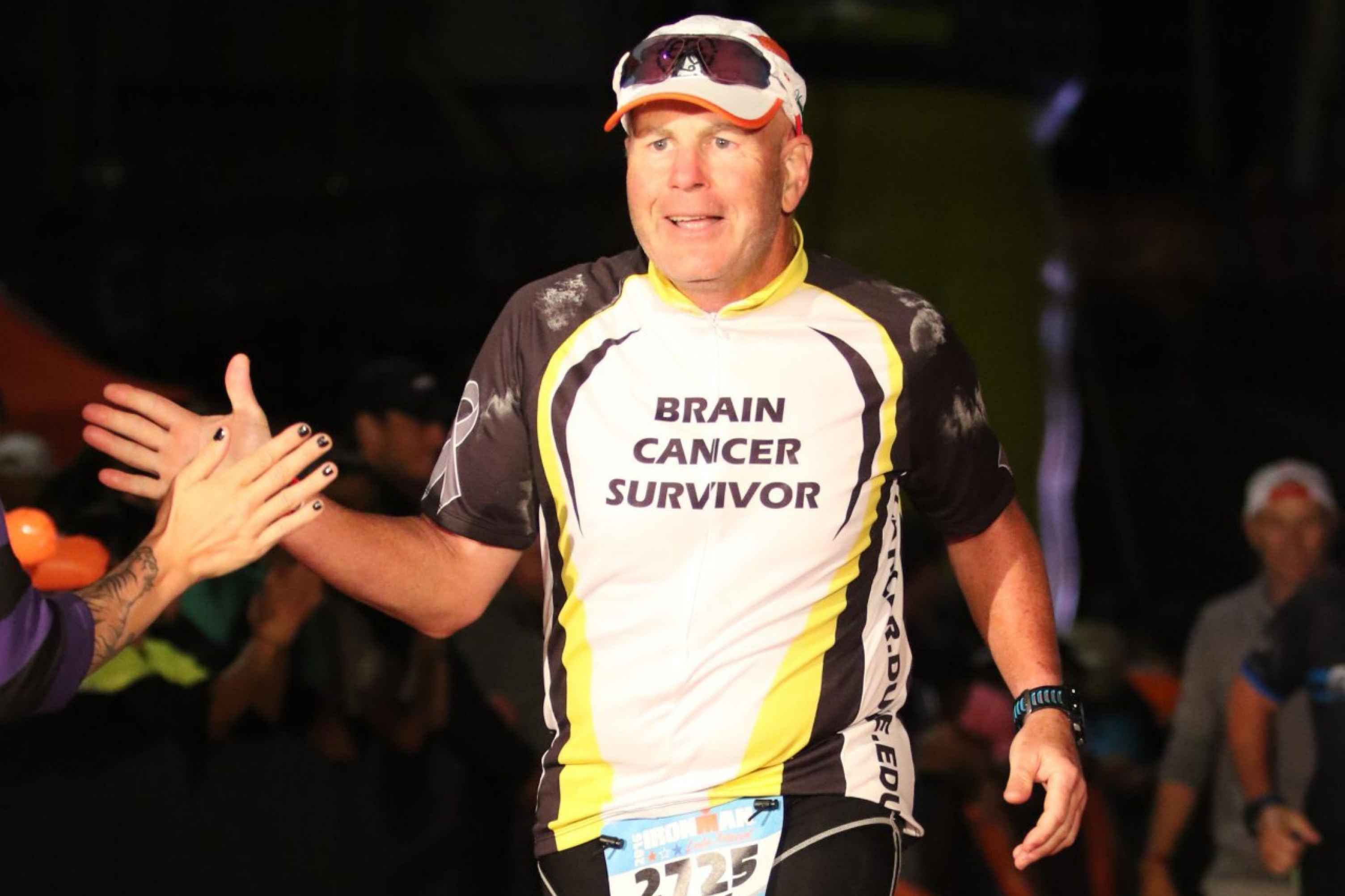 We mourn the loss of a persevering and inspiring member of the Hokie community. James Godek did a lot of things in his life, but one thing he never did is quit. The Corps of Cadets, the navy, Ironman triathlons, and brain cancer — Godek pushed through it all. No matter what life threw at him, he never let it knock him down.

Growing up with a father in the navy, Godek moved all around the country before settling in Virginia Beach in 1973. While he couldn’t get into a naval academy due to fierce competition in the area, Godek earned a navy ROTC scholarship that guaranteed him entry into any school he wanted. He considered going to UVA to follow in his older brother’s footsteps, but ultimately chose to go to Tech because it was the school farthest away from his home.

“I just wanted to go as far away from home as possible, so I picked Virginia Tech. And we were the first year — my freshman year was the first year navy was at Virginia Tech, so I was a plank owner of the Corps of Cadets as a navy student. It used to be just army and air force here. I came here and had a great time. I had no idea what to expect or what I was going to do.”
James Godek

Entering Virginia Tech as a freshman in 1983, Godek was undecided on his major, but he knew he wanted to be a pilot for the navy. The Corps took up most of his time, and, at one point, he had a GPA under 2.0. However, his low grades never discouraged him from his goals. He just needed to “figure it out.”

The second half of Godek’s senior year was when the navy decided on placement for incoming graduates. There weren’t any open spots available for the flight school Godek wanted to enroll in. But he still was not discouraged. Biding his time until there was an open spot, Godek went to school to become a navy SEAL, while continuing to put in applications for flight school.

“I still knew I wanted to be a pilot, but, it’s like anything, I enjoyed it when I was there. It was just another challenge. Some people can do things in challenges and some people can’t; their mind doesn’t let them continue. They give up — and they’re not a bad person, it’s just that some people, they take the challenge, and they go from there, or they say ‘I don’t want to do this. I want to do something else.'”
James Godek

Godek’s patience paid off, and, a year and a half after graduation, he was accepted into flight school after a spot opened up. Based on some solid advice from his father, Godek worked hard and made sure to stay within the top half of his class. In just a year, he graduated and accomplished his dream of becoming a navy pilot. He went back to Virginia Beach and served 12 years of active duty followed by 11 years in the reserves. Once off active duty, he took a job as a commercial airline pilot for Southwest Airlines, which is where he still works today.

In April 2014, after having trouble making radio calls while flying, Godek knew something was wrong. He went to the doctor the next day, where he was diagnosed with brain cancer and given 12-18 months to live. However, Godek did not let it control him.

Godek, who was an avid runner, did not let cancer slow him down. Everyday, he planned to accomplish a goal. He regularly trained and competed in races, such as Ironman triathlons, which consist of a 2.4 mile swim, 112 mile bike ride, and 26.2 mile run, all completed in under 17 hours. He did this all while sporting a shirt that read “Brain Cancer Survivor.” This opened the door and gave others who were affected by cancer the chance to talk to someone about it. Godek was never afraid to talk about his condition. He was never scared and comforted countless others by sharing his experience. He lived his life to the fullest. He never let cancer slow him down. He never quit.

“I can’t quit. Tomorrow morning, I’m going to go running because I have another race coming up in October. I wrote in my letter when they asked me about what I do, ‘I never quit.’ I always move on to the next one.”James Godek