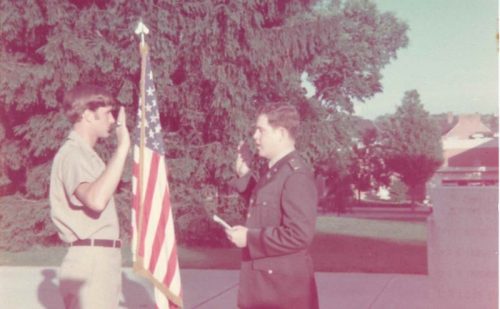 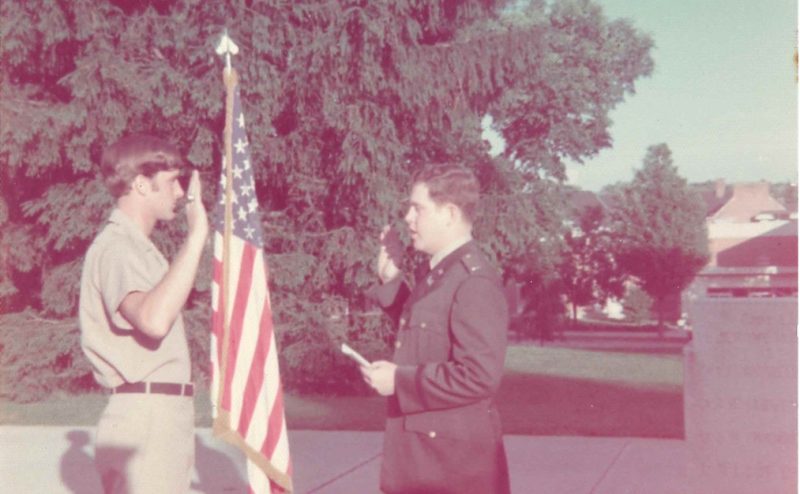 The Corps of Cadets has been an essential thread in the fabric of Virginia Tech since 1872. Foregoing the typically collegiate experience, freshmen arrive to Blacksburg and quickly transform from high school graduates into Cadets of the Corps.

Todd Barnes, class of 1975, arrived on campus for Rat week and was caught up in the whirlwind of haircuts and freshly-pressed uniforms. As a cadet, life quickly becomes driven by strict rules. This structure and discipline successfully brings cadets together, building a strong class group. Outside of the Corps, Todd filled his time as the anchor on the state champion swim team and served his school as the Cadet Member at Large.

The Corps of Cadets provided Todd with leadership skills that translated into his life after graduation.

“…the other aspect that the Corps of Cadets is really heavy into now, is the leadership aspects of it. It wasn’t played up at the time, but I can tell you that I think I was well prepared for what I was going to get into in the military.”Todd Barnes

After spending four years as a Second Lieutenant Platoon Leader at Fort Meade, Todd attended graduate school at the University of Boulder to study Civil Engineering. He later attended an Officer Advanced Course at Fort Belvoir and Airborne School at Fort Benning. Todd finally made his home in Honolulu, Hawaii working as an Engineer with the Army Corps.

Todd credits the Corps of Cadets for his preparedness when first beginning his professional military career. Furthermore, Todd became a part of the exceptional camaraderie within the Corps of Cadets. He made long-lasting relationships that were rooted in the solid foundation of the Virginia Tech Pylons–Brotherhood, Honor, Leadership, Sacrifice, Service, Loyalty, Duty, Ut Prosim.

Even though Todd’s impressive military career has taken him far from Blacksburg, he stays connected through his involvement with The German Club Foundation and The College of Engineering. Returning to Tech, Todd remarks upon the impressive evolution of the campus where he, too, evolved from student, to soldier, to lifelong Hokie.