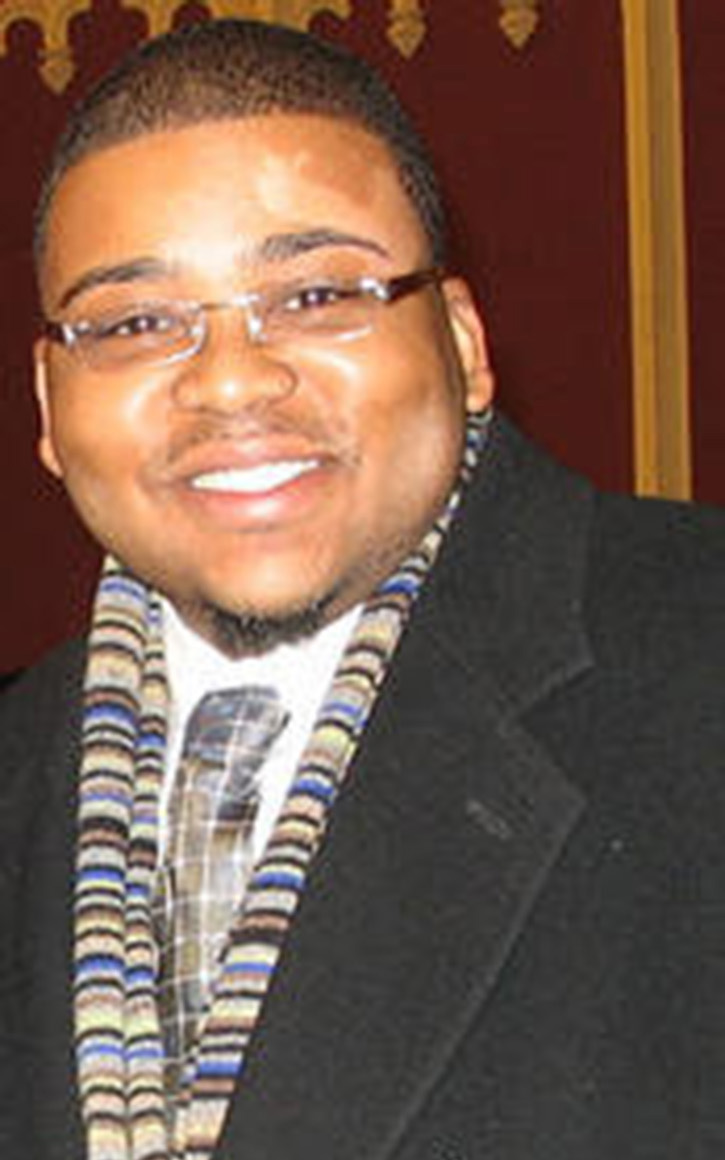 Michael Goode grew up in an African American neighbourhood outside of Richmond. He came to Virginia Tech in 2001 and was one of the first people in his family to attend college. With an interest in information technology and computers from a young age, Michael had set his sights on going to college. After being accepted to three Virginia colleges, Michael chose Tech because it had a great reputation, was a reasonable price, and also because it was so different from where he grew up.

“You know it looked like its own little city to me and I had never seen a place like this. And even though it’s only 3½ hours away from Richmond, this place couldn’t be any more different from Richmond, and so I decided to come here, and it worked out.”
Michael Goode

Even though Michael was looking for a different experience, he hadn’t realised quite how different it would be until he walked into a classroom on his first day. Everybody else in the class was white.

At times the experience was stimulating and rewarding, and at others it could be wearisome and frustrating. Michael remembers having interesting discussions with his roommate who came from a very different background, and being invited to his roommate’s home to visit. But, he also remembers being asked whether all black people ate fried chicken.

Initially Michael felt disconnected at Tech. His professors were “old, white guys” and he thought that they wouldn’t be interested in helping him. After being put on academic probation, he had to make a choice about whether to stay at Virginia Tech or leave. He chose to stay, and realized that he would have to make an effort to make a success out of it. Besides studying hard and actively engaging with his professors, he credits getting involved on campus for his success. He became the Director of Community Outreach for the Student Government Association, joined the Commission on Equal Opportunity and Diversity, and became involved in the Student African American Brotherhood.

While on the Commission, Michael was present for discussions over whether to end programs that were directed specifically towards minorities, following decisions in other states such as Regents of University of California versus Bakke. This was something that Michael was passionate about, as those programs had helped him to connect when he had felt out of place. Unfortunately, Tech was one of the first universities in the state to end those programs, and Michael feels this is one reason why the number of black students enrolled at Virginia Tech decreased, as those students went to other universities where they felt better supported.

Working with the administration gave Michael insight into these issues, an understanding of how the university worked, and also allowed him to see the people who were working for diversity and to support minority students.

While very appreciative of the many opportunities that are available to him as a Hokie, Michael also acknowledges the difficulties, the “weariness” of working for diversity, and the pain of being part of a minority in his time at Tech. Yet, at the same time, he is grateful for the new experiences that came with that time, from the lasting relationships that he formed to trying hummus for the first time, hiking to the Cascades or going skiing.

“I guess it’s just like anything in life, sometimes it’s complicated, right. And there’s a mix of good, bad and everything in the middle.”Michael Goode